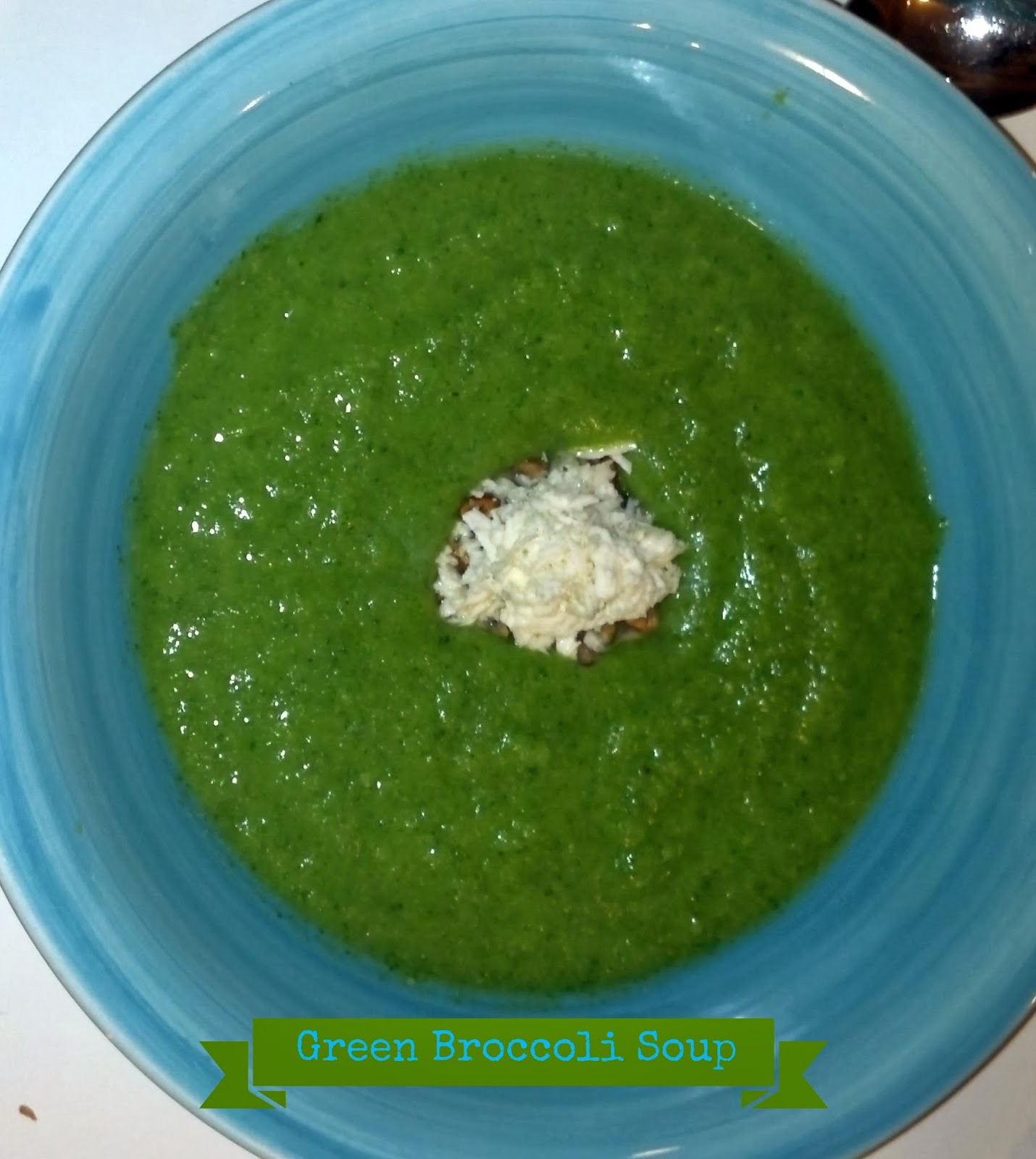 Awhile back when I was out running errands, Rodney showed the girls a bunch of cooking videos that he broccoli soup. Lexie was very intrigued by the recipe, which honestly, I didn't think sounded good at all. Last week was her week to make supper, and she really wanted to make this broccoli soup for supper one night. Finally, I told her that if she could get Daddy to find the video again, so she could watch it again and make sure she knew how to do it, she could try it.
found somewhere online, just short little "here's how to cook one thing" kind of videos. One was by Gordon Ramsey and was making

We didn't have specific amounts, if he gave them in the video, she didn't write them down, so here's what we did:

Bring a pot of water to a rolling boil. Meanwhile, cut a bunch of fresh broccoli (I think we used about 3 lbs, and it wasn't enough for a main dish for our family of 5) into florets (the video show how he does it). Add broccoli and some salt to boiling water, cook until tender.

Use a slotted spoon to transfer the broccoli into a bowl, add some of the cooking water. Blend with an immersion blender, adding more cooking water as needed. Add salt to taste.

Meanwhile place crumbled feta cheese (next time we'd like to try goat cheese, but we had feta on hand, so used that). in a pile in the bottom of each bowl (we also used chopped hickory nuts, but found they didn't add much, so won't bother with them next time). Ladle soup into bowl around soup.

It was DELICIOUS!!! Neither Rodney nor I were really expecting to like it. I don't dislike broccoli, but I generally prefer it WITH other things, and couldn't see pureed broccoli as being all that, but it was really good! We look forward to having it often :)

Try a New Recipe Tuesday
Posted by Unknown at 2:29 PM

Email ThisBlogThis!Share to TwitterShare to FacebookShare to Pinterest
Labels: Recipes

This actually sounds very good. We all love broccoli in this house, so that is a definite plus.
I would love for you to stop by and share on my weekly recipe linky, Kids and a Mom in the Kitchen
http://totsandme.blogspot.com/2014/01/kids-and-mom-in-kitchen-68-baked-oatmeal.html
Have a great day!

I love soups on these cold winter days/nights. I will try this! :-) Thanks for linking up with "Try a New Recipe Tuesday." I hope you will be able to join us again this week. http://our4kiddos.blogspot.com/2014/01/try-new-recipe-tuesday-january-21.html