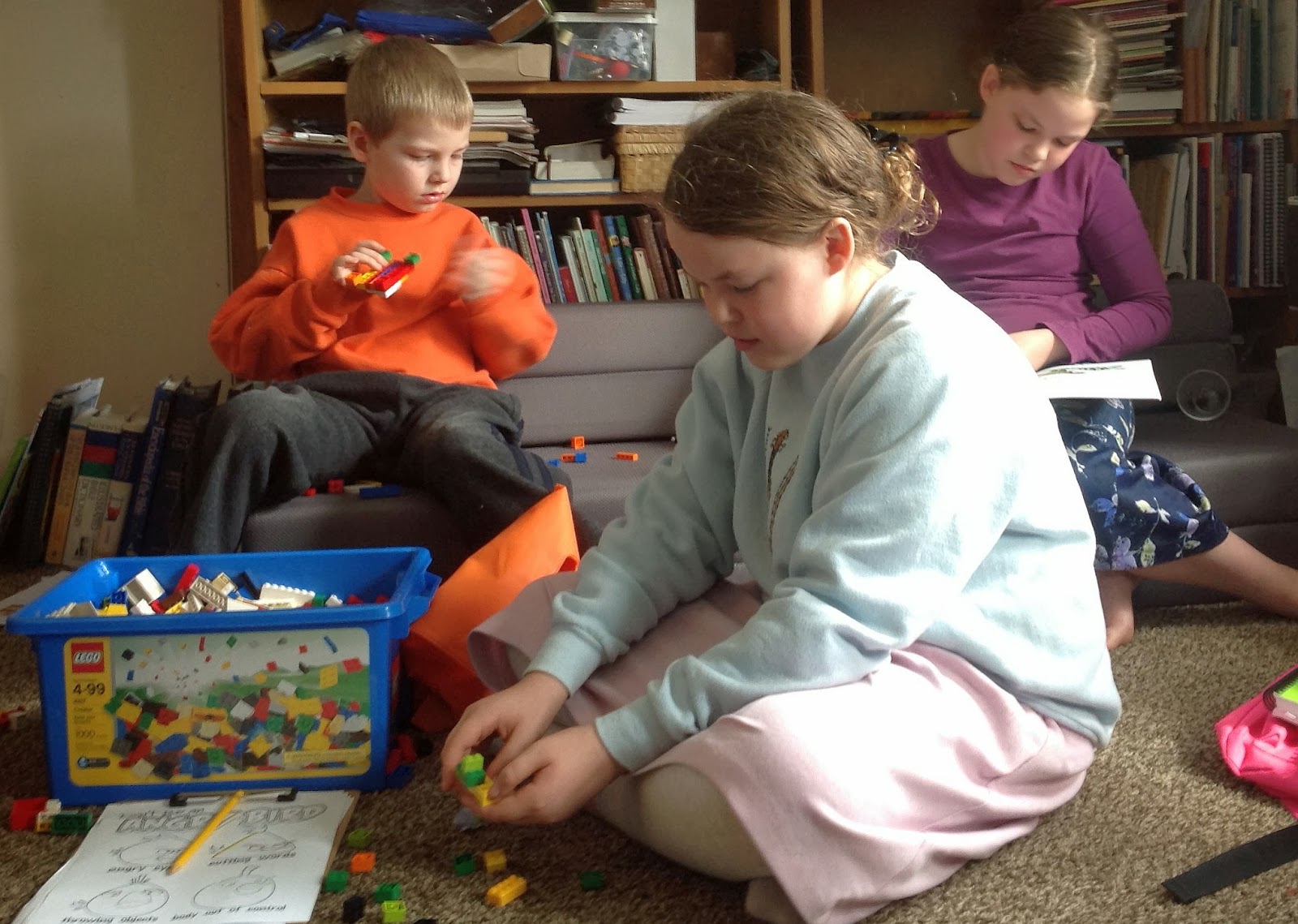 We're having fun with school these days, and I actually remembered to take a few pictures of that fun.  As a part of learning about Ancient Egypt, we pulled out the legos and, while we listened to an audiobook about pyramids, Lexie and E, tried their hand at building lego pyramids. Ashlyn opted to draw pyramids with the help of Draw Through History, instead. We also had fun with an on-line virtual tour of the pyramids, and watching some videos about them. 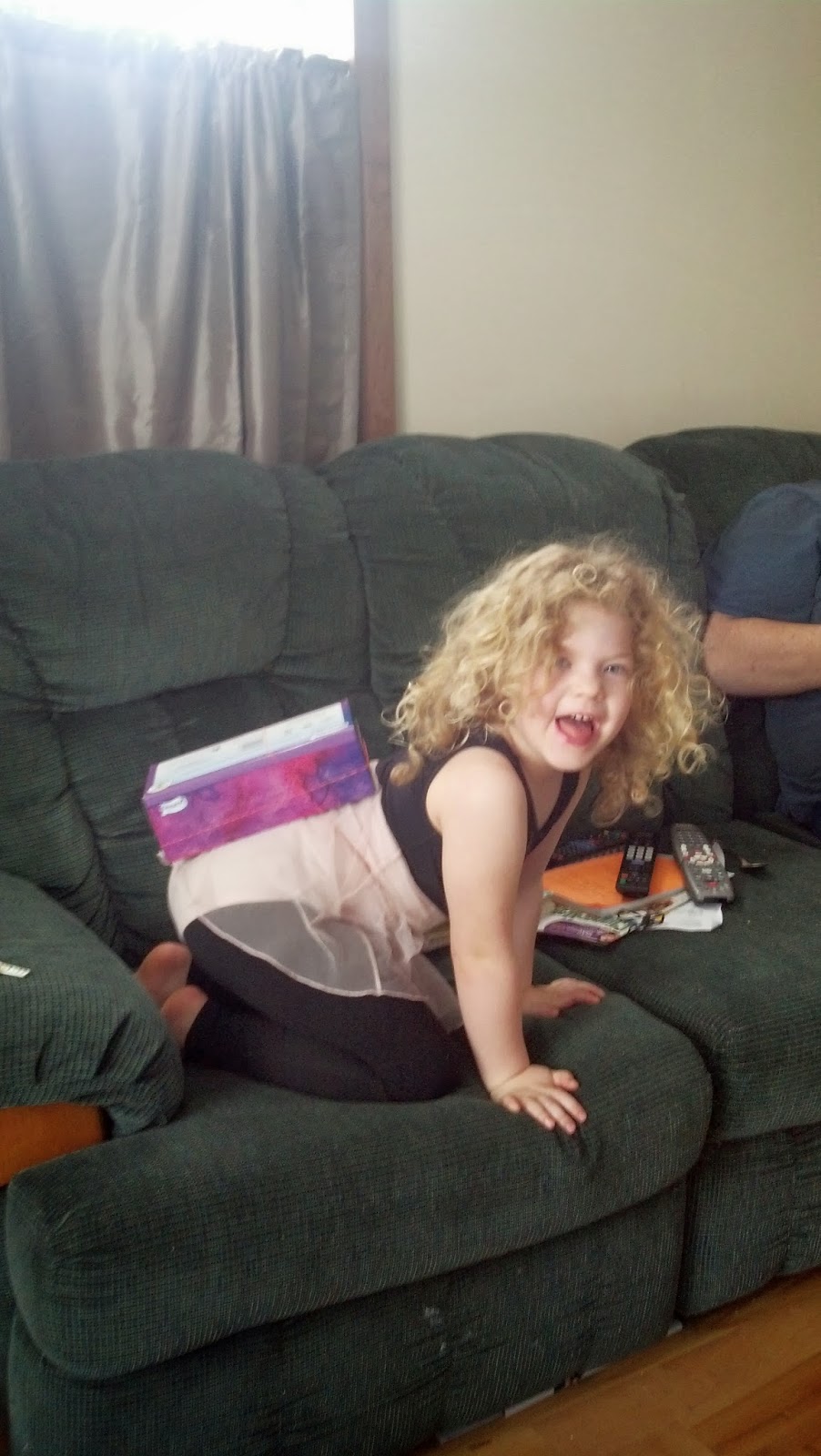 Little Bit's favorite tv show these days, is a new Nick Jr show, "Paw Patrol". In a nutshell, a bunch of dogs go on missions and save people/animals. One of those dogs wears a square "pack" of some sort. With that as background information, one day Little Bit came with the tissue box that we made into a "harp" last week and asked me to use rubber bands to help her attach it to her back. I wasn't sure WHY, but whatever . . . Once she had the box in place, she turned into a "dog", the one, with the pack, from Paw Patrol.  Who says tv stifles creativity, around here, it just seems to give them ideas LOL. 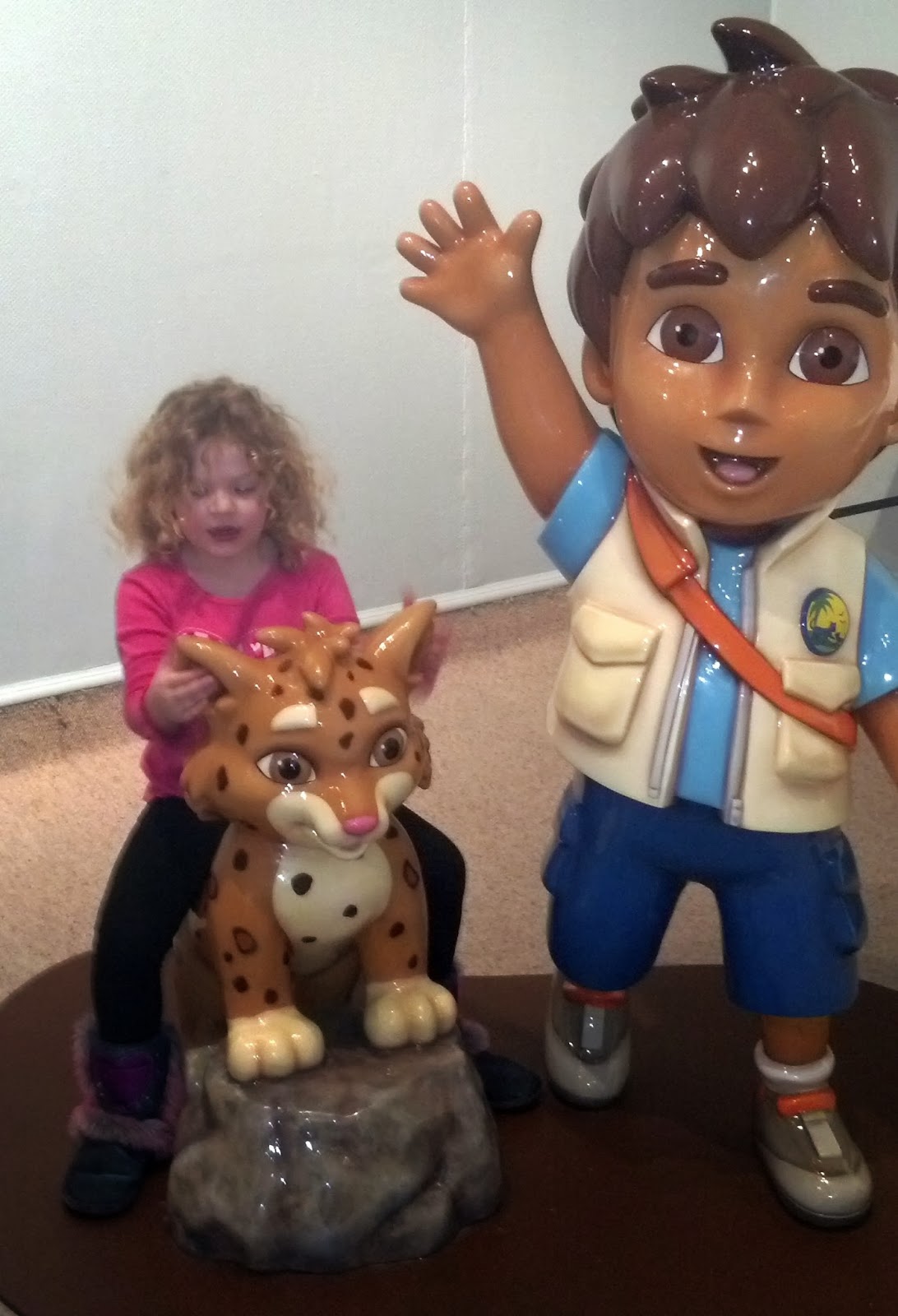 When we went to Reading Museum last week, I promised Little Bit that we would go again, so on Thursday, after music lessons, and setting up the Sabbath School Room, we headed back to the museum. This time she knew what to expect, and dove right into the Dora and Diego exhibit, and had a blast! She's still not tired of it, so I suspect we'll be back a few more times before it leaves in May.  The big girls, chose a different exhibit that they wanted to see, but then, when I noticed there is an electricity exhibit there right now, and I knew that this week's lesson in Chemistry, is all about electricity, I convinced them to let us check that exhibit out this week, and we'll go  to the paper one another time. I wanted to see what was there to see how well it would correlate with what we'll be learning in science.  I was THRILLED to find that it's all hands-on stuff, woo-hoo!! 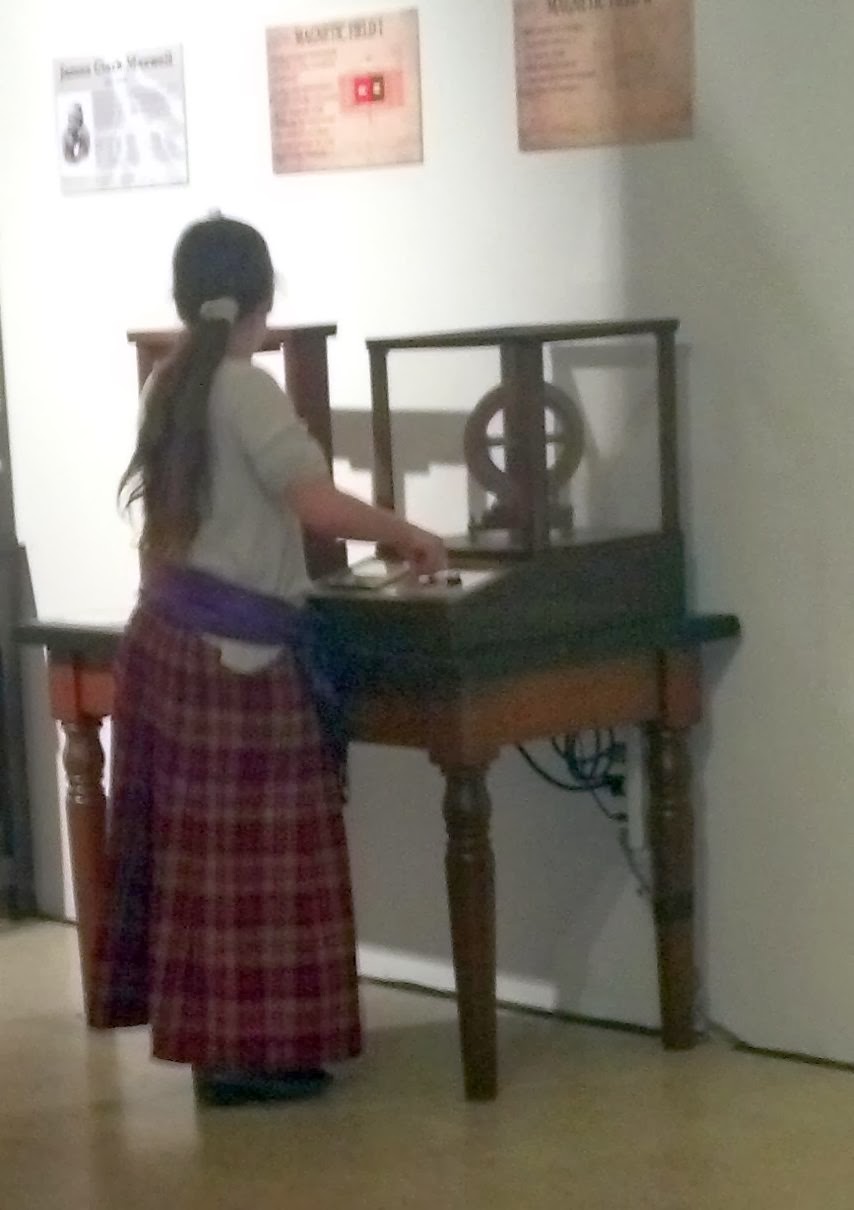 The girls happily spent quite awhile checking it all out. Little Bit enjoyed it for a little while, but then she and I moved into the next room,where there were taxidermied animals and such which kept her well entertained until her sisters were done in the electricity exhibit.
Friday the girls went to Grandmom's house with Daddy, and I grabbed the chance to get birthday shopping done. 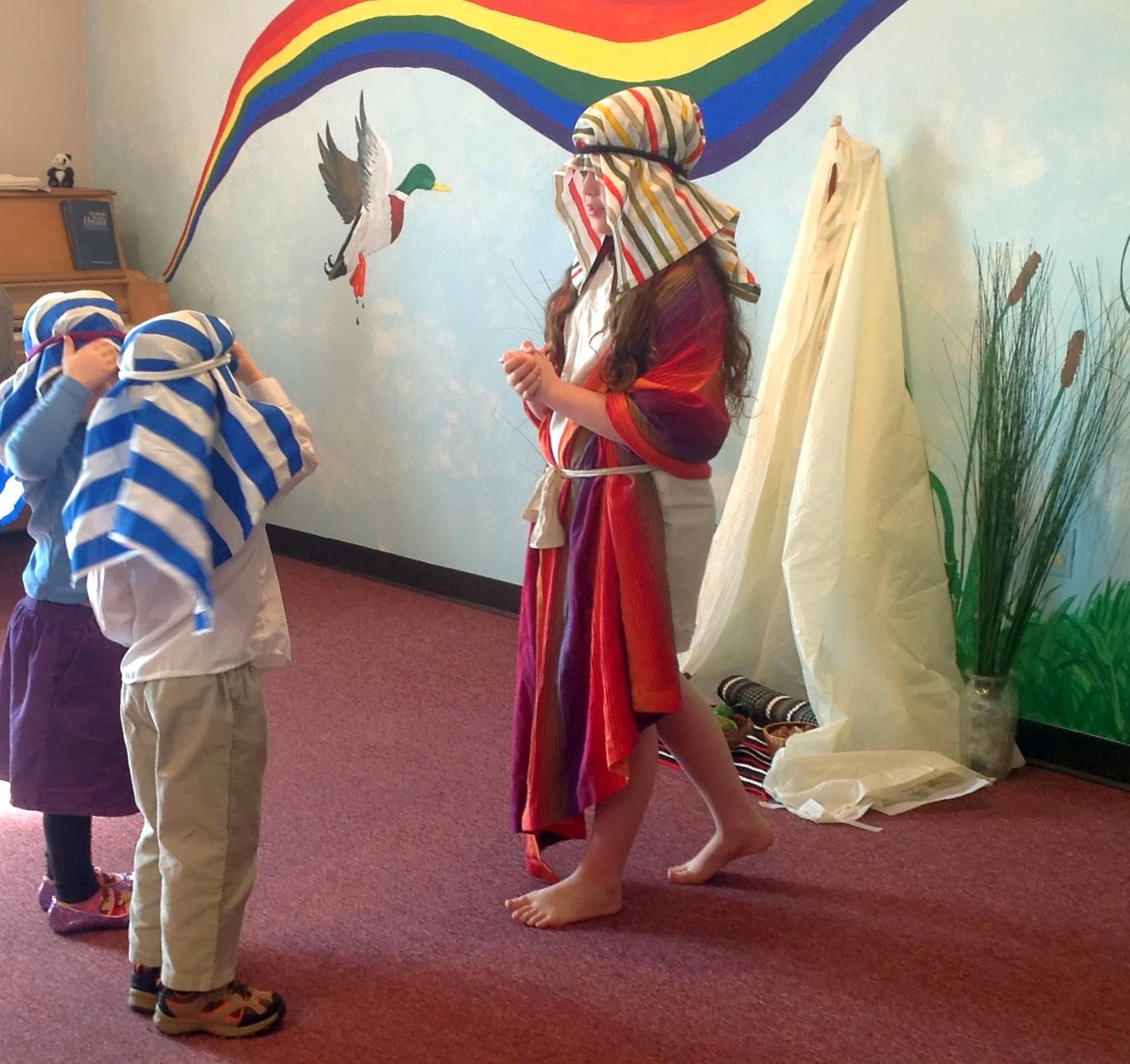 With a new month, the story in Sabbath school moved on from Noah to Abram. This whole month, the stories have someone dress up like Abram and tell or act out the story in various ways. I DID get fabric to make the girls a more authentic Bible-time costume, but we didn't get around to actually working on it this week, so Ashlyn used her colonial shift, and a woven baby wrap to approximate a Bible-time costume. The closet at church has the head-dresses, so she had the kids wear those as well, and be Abram's "family and servants" as they began their journey to wherever God leads. Aren't they all cute?