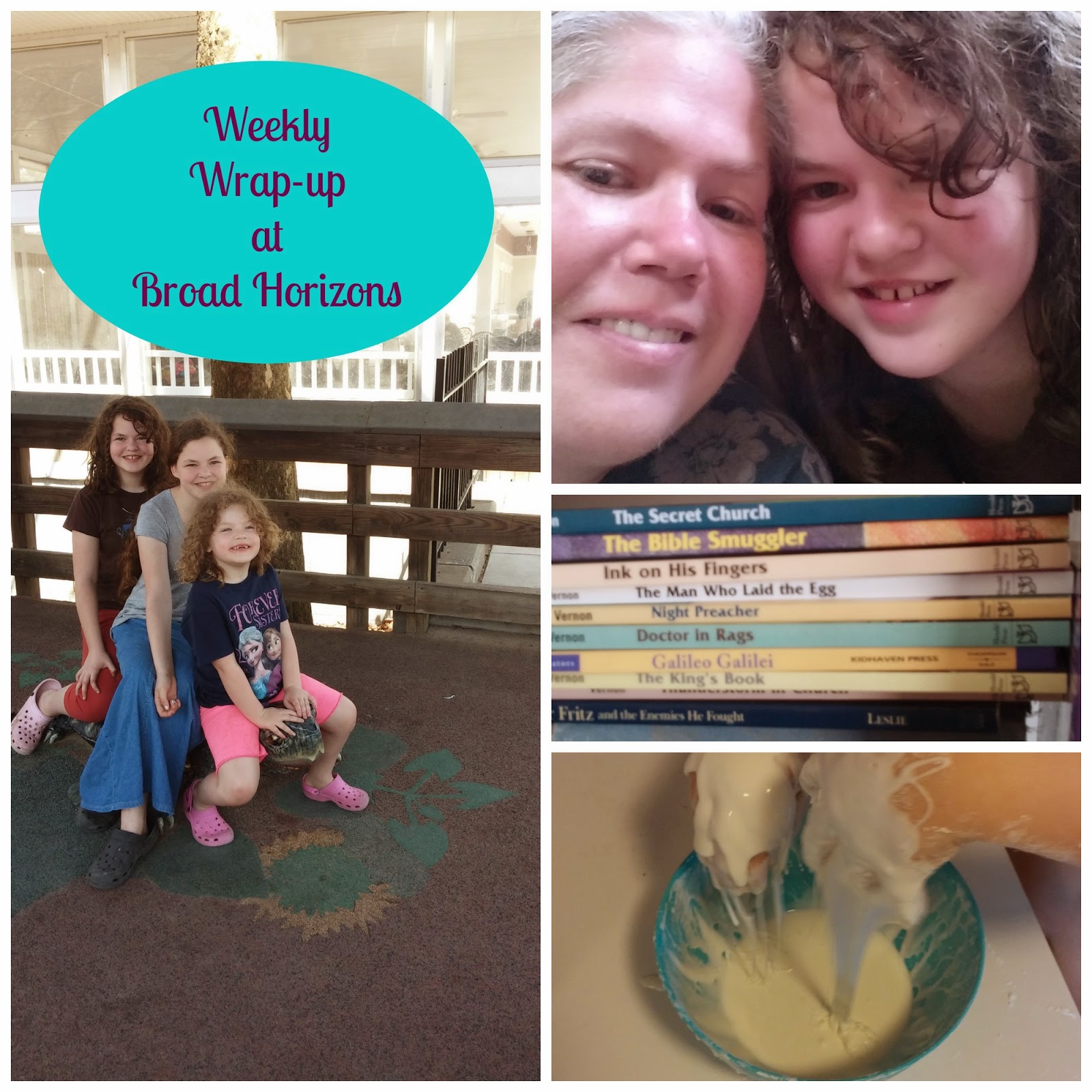 We had a very zoo-ish week this week LOL.

I already hinted at that with my "then and now" post.

This might all have something to do with the fact that we currently have a zoo membership that will run out at the end of April. So in our typical, unorganized way, with just days left . . . we're "getting our money's worth" so to speak.

I knew we wanted to make it to the Maryland Zoo in Baltimore because . . . they have giraffes . . . and Little Bit LOVES LOVES LOVES giraffes right now. 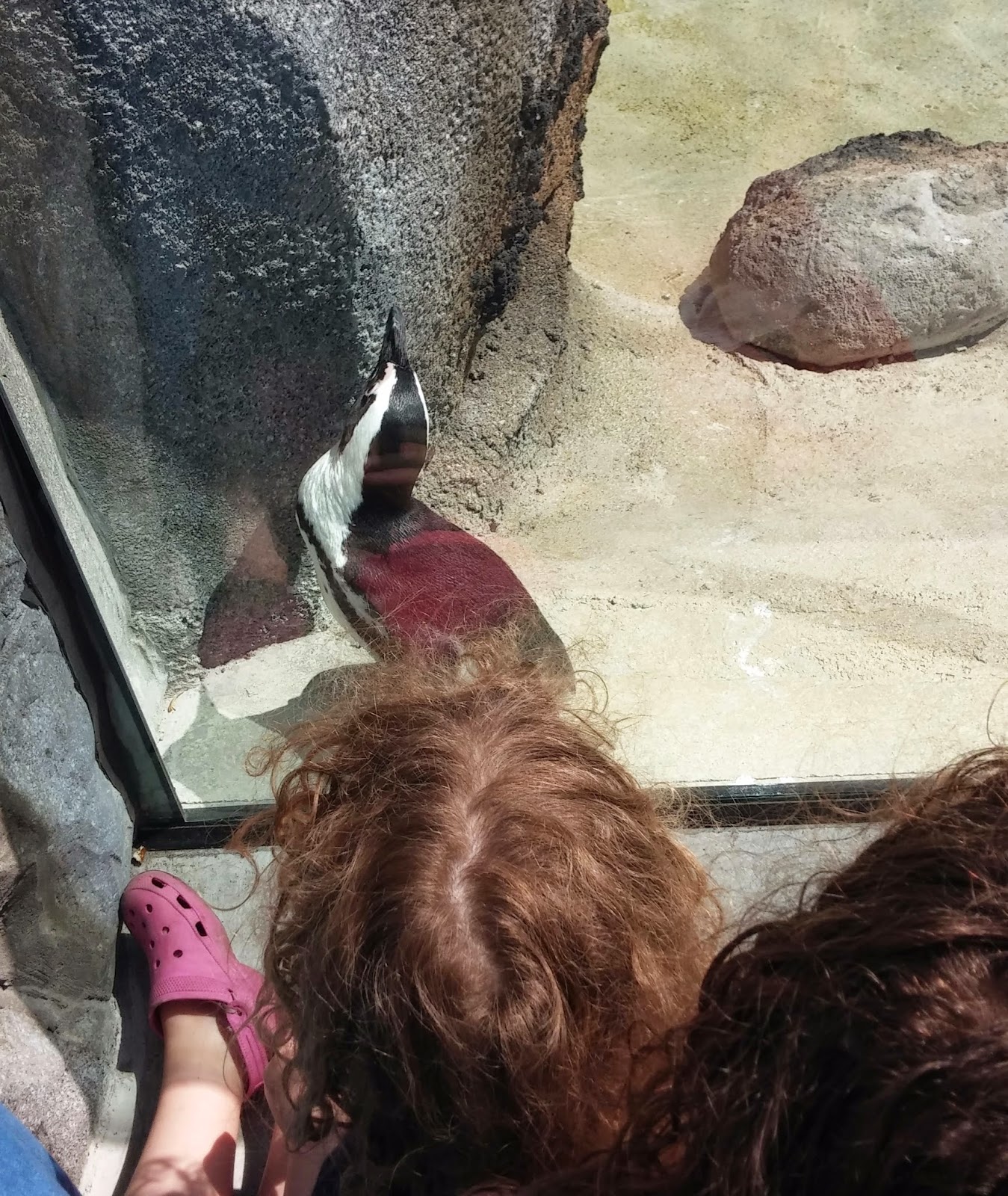 So on Monday, the girls and I met my parents at Maryland Zoo. It is such a great zoo, though I was disappointed to discover (before we went, but not before I'd promised Little Bit we were going) that they now only offer a 50% discount on reciprocal members, they used to be free :( Still it made it much more reasonably priced, and we had a great day. The weather was great, Lexie and Ashlyn enjoyed "introducing" Little Bit to a zoo they remembered from when they were little, it was fun.

We also enjoyed the new penguin exhibit (though honestly, I really liked the OLD penguin exhibit at that zoo, in some ways, I liked it better . . .). It WAS really cool when one of the penguins came RIGHT UP to the glass for the girls to see.

The rest of the week was pretty low-key. The week before, when we burned brush, there must have been some dry poison ivy vines in the mix, and it gave me one of the worst cases of poison ivy I've ever had. I don't know if it was because it was smoke, or what, but it was a rather slow-moving, in stages, kind of poison ivy. So I had poison ivy, but bearable poison ivy the first weekend, by Monday at the zoo, I was starting to be miserable . . . by Tuesday, I was thoroughly miserable. I pretty much spent Tues and Wed sitting in the recliner trying not to scratch. (side note, the remedy we found that worked really well was to blend raw honey, fresh aloe vera (the goo from the inside of a spear of the plant), and dandelion leaves into a paste. The only problem was it was really sticky and my patches of poison ivy were too big for even the biggest bandaids. We tried using gauze but the sticky soaked through, so after applying it I had to just kind of sit and "meditate" while it worked it's magic). Then, to add insult to injury, Wed evening I tripped and jammed my big toe pretty badly. . . Thankfully by the next morning I could walk on it with only some pain, and drive.

Thursday was music lessons. The weather was beautiful! After music lessons we stopped at a nearby playground and ate our lunches there, and the kids played for awhile.

When we were ready to leave the car battery was dead. I'd been charging my phone, but doesn't seem like that should've killed the car battery. So . . . the kids went back to the playground while I tracked Rodney down and asked him to come rescue us. Thankfully the weather was gorgeous, and there were a couple other little girls at the playground who were thrilled to have big girls willing to push them on the merry ground, and generally make the playground more fun.  When we finally left the women who were there with the little girls came over and complimented us on how lovely our daughters are :) 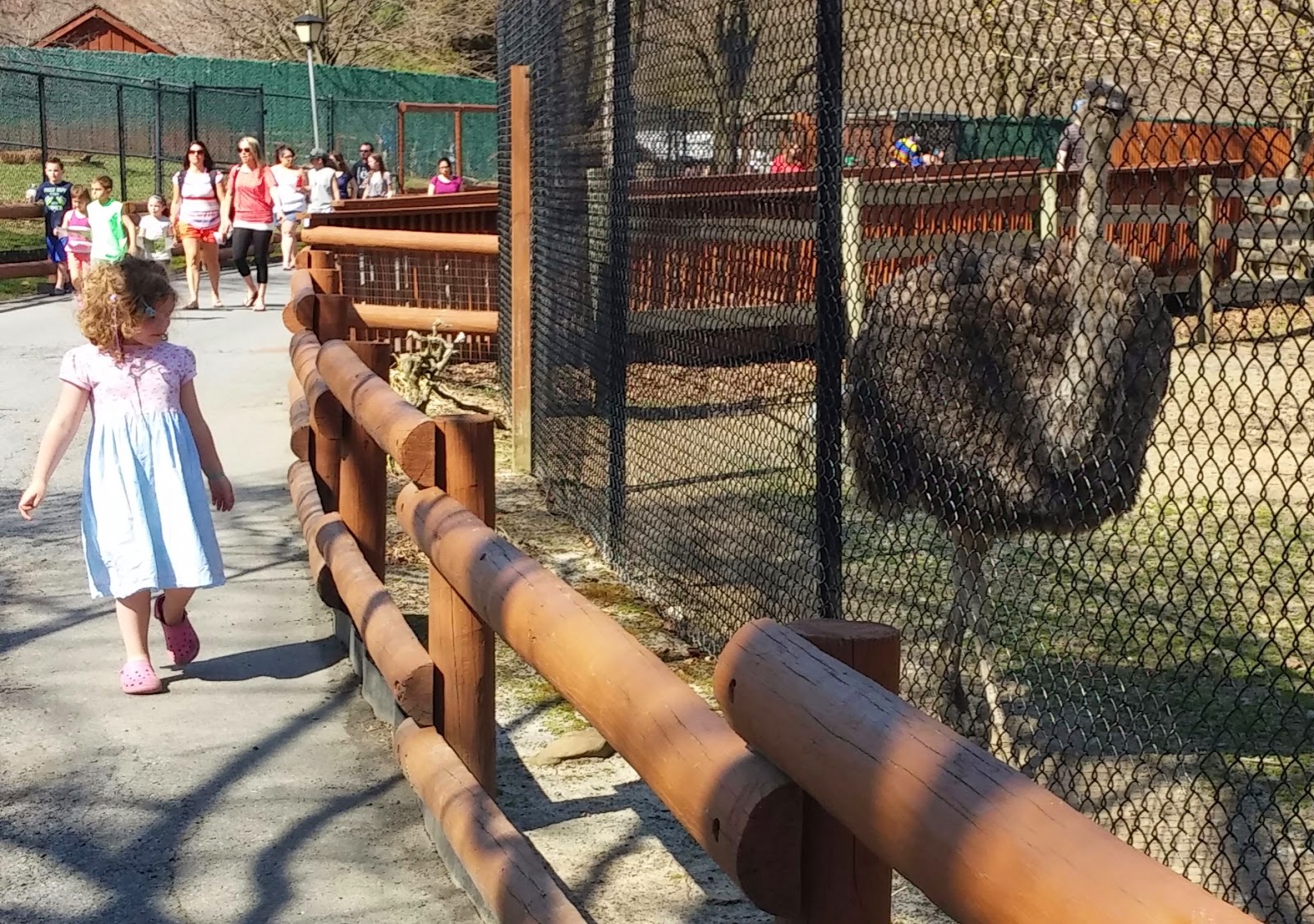 Sabbath after church we headed to ANOTHER ZOO! In researching the reciprocal agreement with Baltimore's zoo, I had seen that there's a zoo about an hour from us that also has reciprocal benefits with our membership, so, with practically perfect weather, we decided to check it out. While I found it overpriced if you had to pay for admission (with the reciprocal membership we got in free), it was a very nice little zoo. 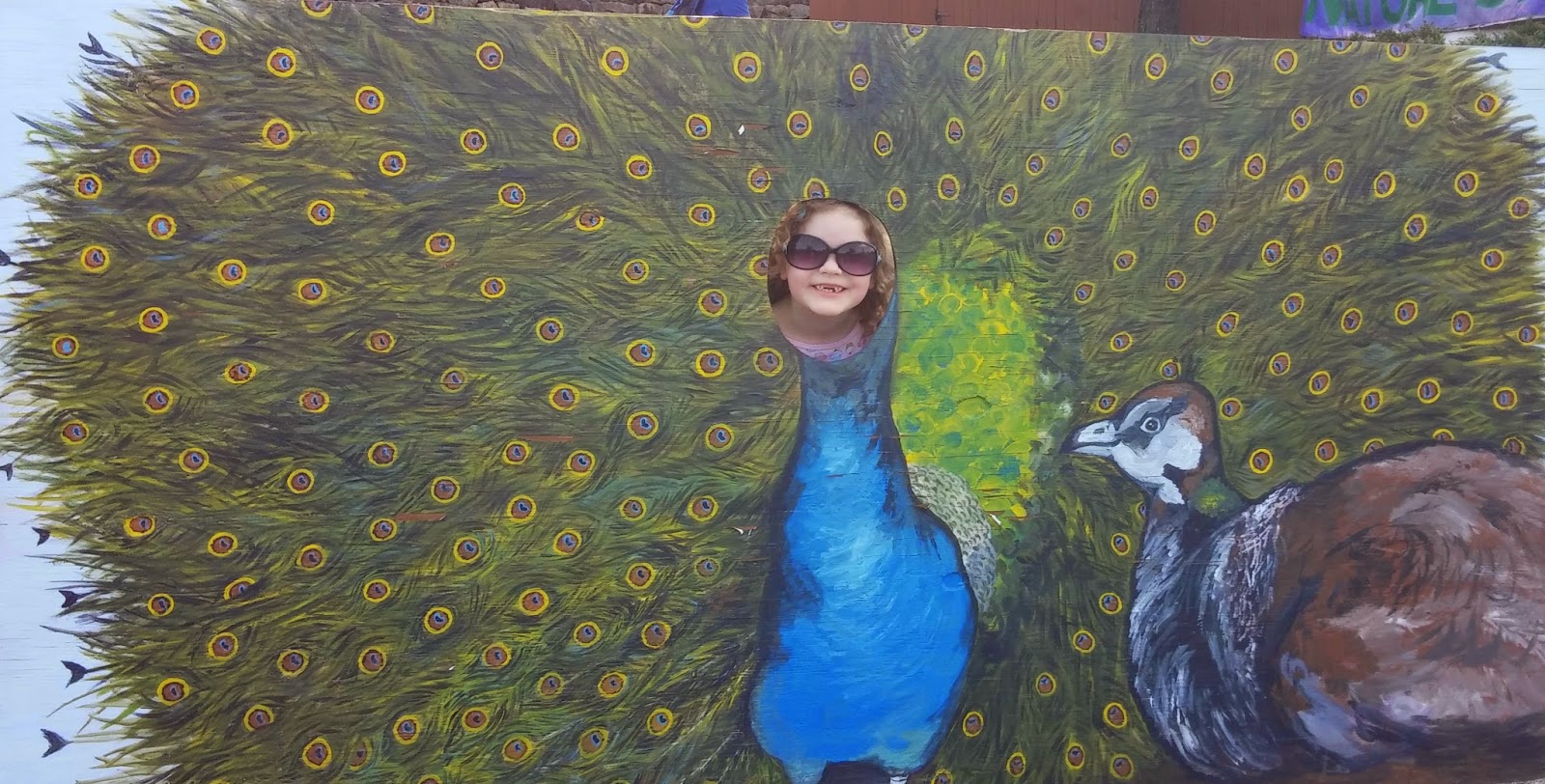