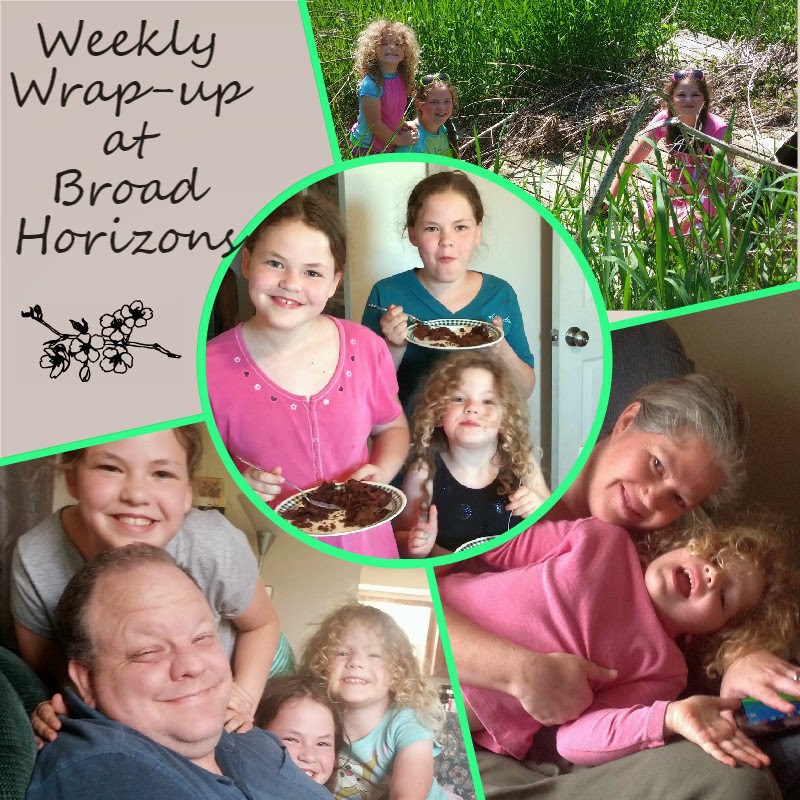 We had a busy week! But apparently I took very few pictures . . .

Monday was Rodney's last visit from the home health nurse, yay! And even more exciting, that was the ONLY "medical thing" we had to fit in for the whole week!

Rodney's also getting more . . . antsy . . . he has more energy/stamina and gets bored just walking around here, plus the weather wasn't conducive to walking outside (either rain or HOT!), so instead we got creative and did things like shopping for a grill (he's still researching, I'm not sure when we'll GET a grill, but he's having fun researching, and going to stores and walking around is a good way to make sure he's moving around more).

We had music lessons on Tuesday instead of Thursday, because we weren't going to be around on Thursday. Otherwise, nothing too momentous about Tuesday.

Wednesday morning we headed to WV. My friend V and her family are moving at the end of the month and we wanted to make sure to visit them before they move farther away. As always we had fun together. A thunderstorm came through while we were there so all the girls piled onto the love seat together, with at least one of the dogs. 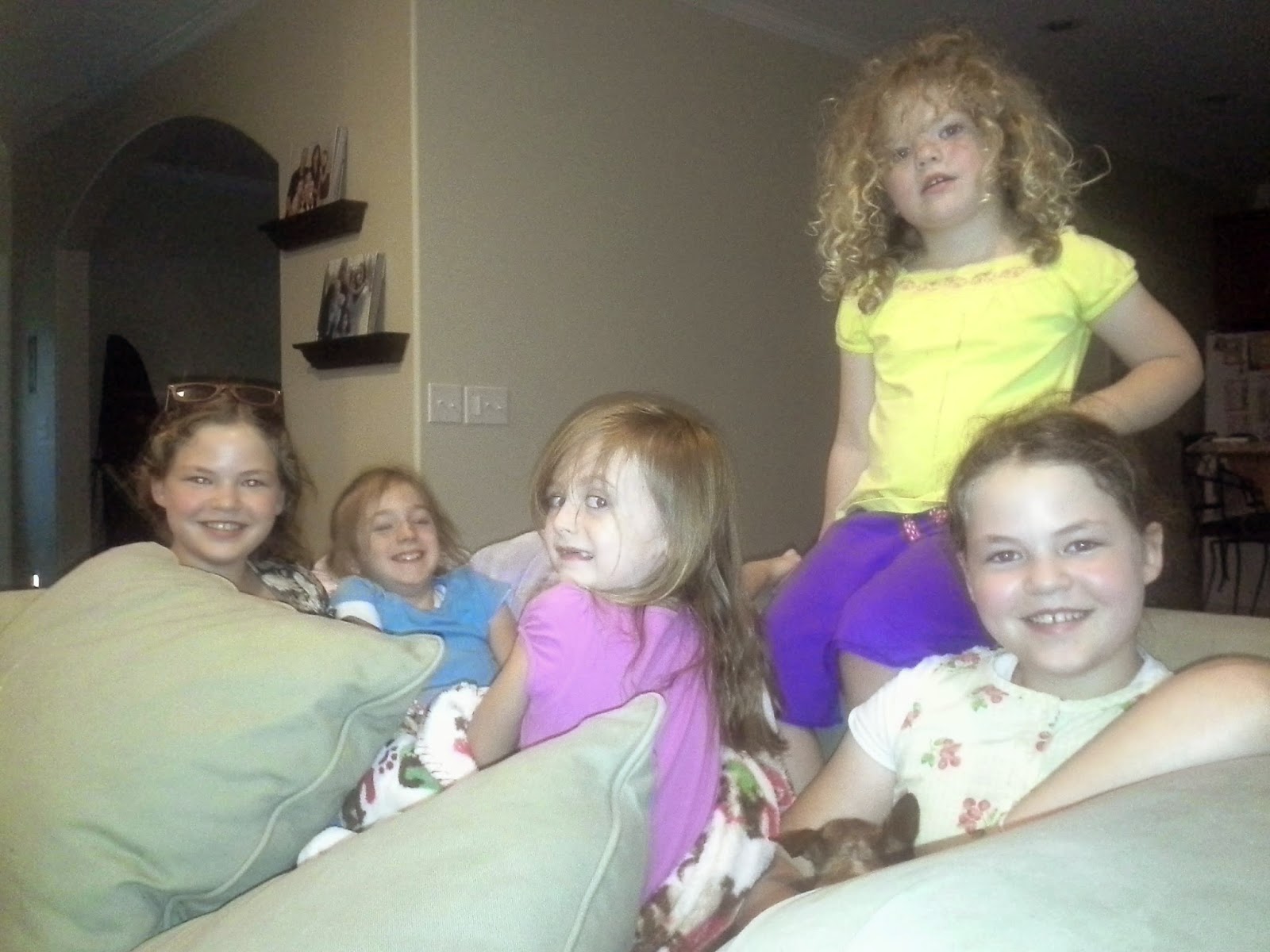 We spent the night at my parents' house and Thursday morning headed to another friend's house, in Berkele Springs for the day. They live out in the woods and our kids have a blast running around in the woods together. They also recently got chickens, so the kids also played with, chased, and fed the chickens. While we were there, us grown-ups went out to look over their garden, which got Rodney some good exercise, and re-inspired him to think about gardening. It was a late night for us, driving all the way home that evening, but was lots of fun! 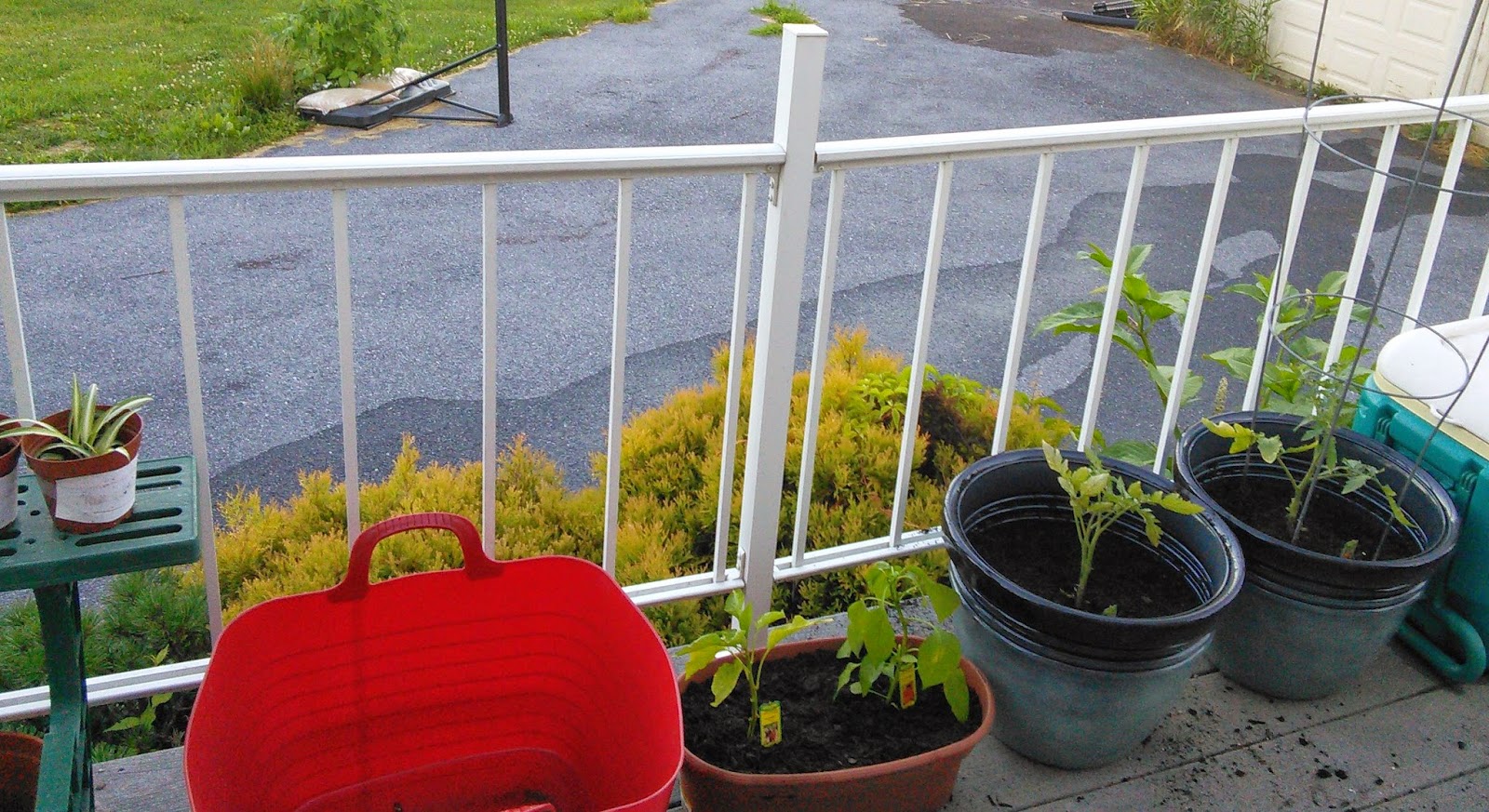 Friday was catching our breath from our trip. Rodney did some research on gardening, and realized that it actually isn't too late to plant beets! Beets were the main thing that I REALLY wanted to plant this year because they're healthy, Ashlyn LOVES beets, and they're pricey in the grocery store. But when I didn't get it done soon after Rodney's surgery, I figured it was too late. Rodney looked it up, and discovered that we could plant the beets up until the end of this month and be fine. He suggested that, since we never got the raised beds set up this spring like we'd hoped, we could just plant some beets in the blank spots of the flower beds along the side of the house. So Ashlyn went out and got busy weeding.  Rodney asked Lexie if there was anything she specifically wanted to plant (she eats beets, but doesn't love them like Ashlyn) and she said peppers, so we decided to get pepper plants, and grow them in containers (and with some prompting, convinced Little Bit that she wanted to grow tomatoes, also from plants, also in containers). 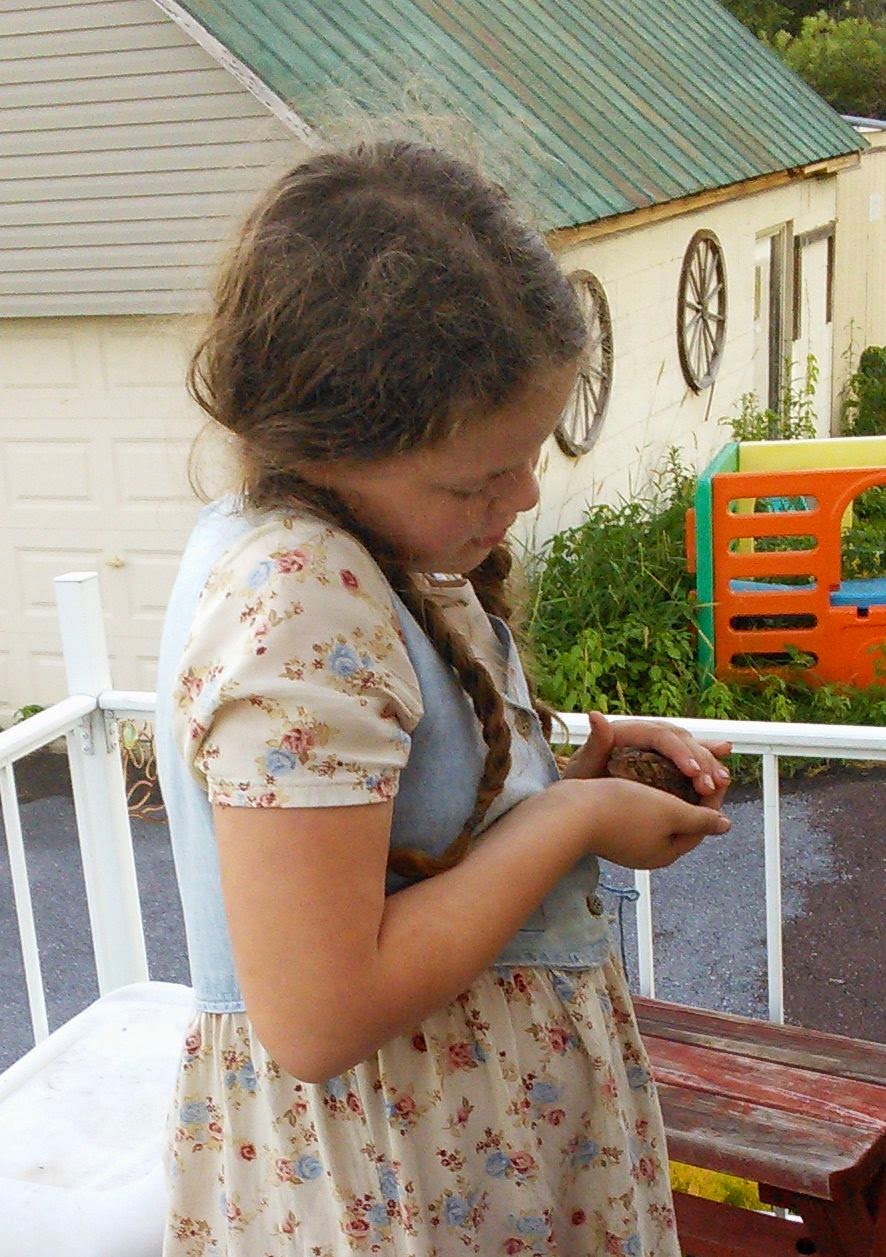 We headed to the store (more walking for Rodney!) and, when we came home, the girls got busy and planted the peppers and tomatoes (and beet seeds, but those aren't as picture-worthy yet). 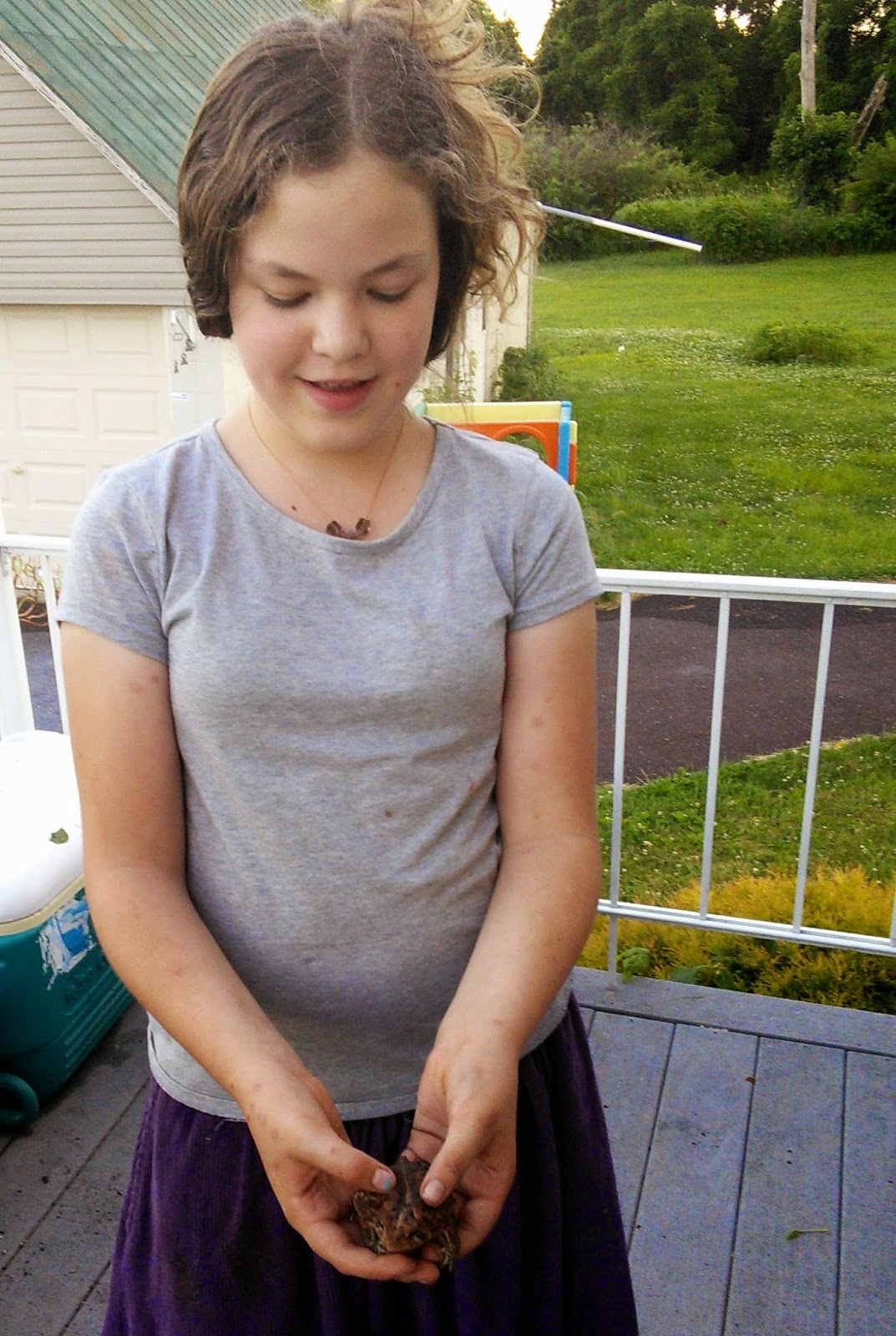 As they were planting, they discovered a toad hiding in some rocks on the porch and had fun playing with it. They must not have traumatized it too much, because they've found it a few more times since then.

Sabbath, we headed to Grandmom's house to see her, and Rodney's sister, Aunt Lynette.

One of our extra projects recently has been trying to get through some of the boxes of toys/kid junk that are stored in the attic and Little Bit found a "bug catcher box" and brought it along to Grandmom's. Aunt Lynette was a good sport and spent the afternoon "bug catching" with the girls :)
Posted by Unknown at 1:38 PM