Weekly Wrap-Up for the Week of September 8 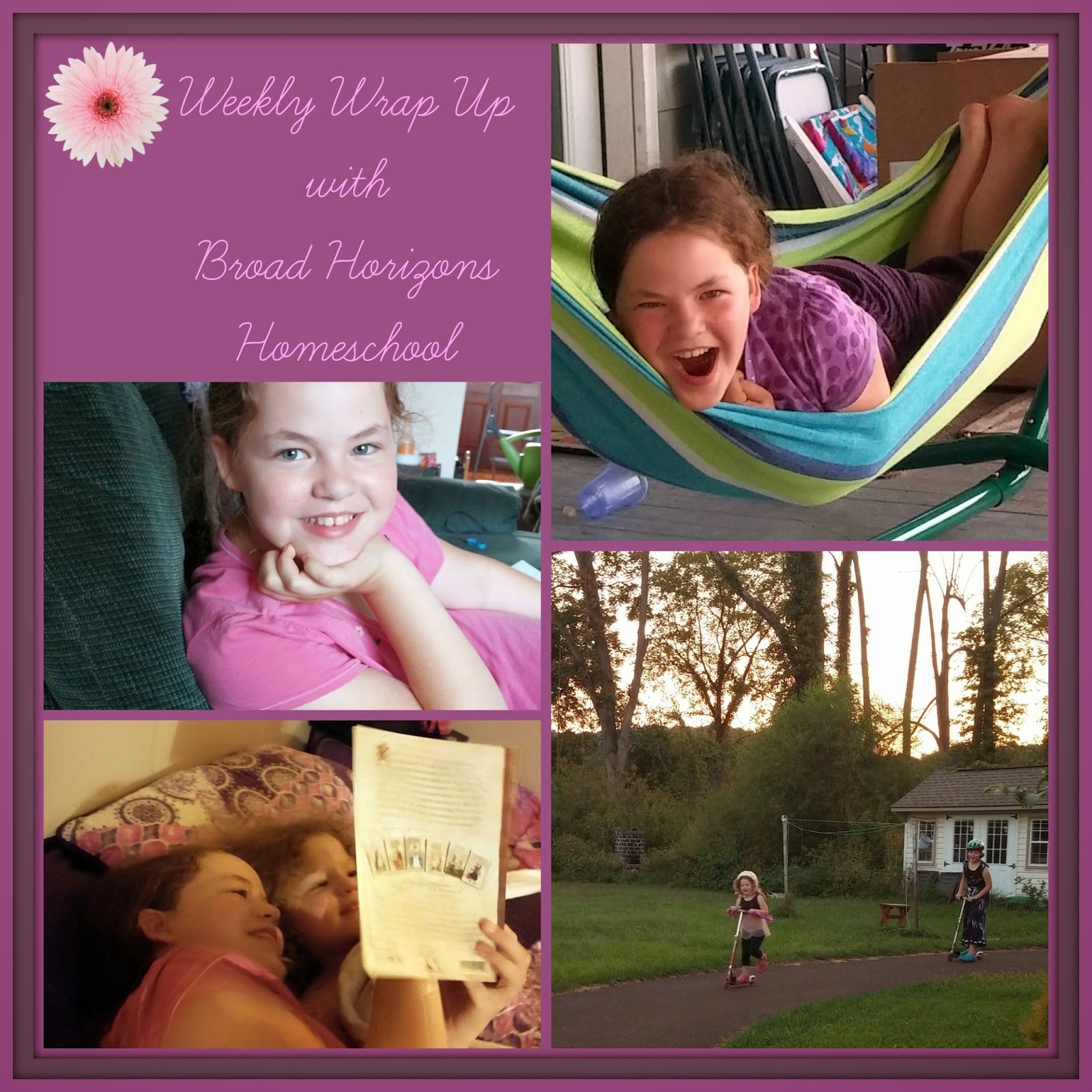 Another busy week! More "fun" digging in the dirt . . . but we're making progress! We, and by we, I mean my dad with very minimal "help" from the rest of us, chiseled through the basement wall and laid most of the pipe. Dad confirmed that the way he wants to insulate it seems to be working. And all that in only a couple days, since Mom & Dad had company coming to their house for the 2nd part of the week, so headed home. 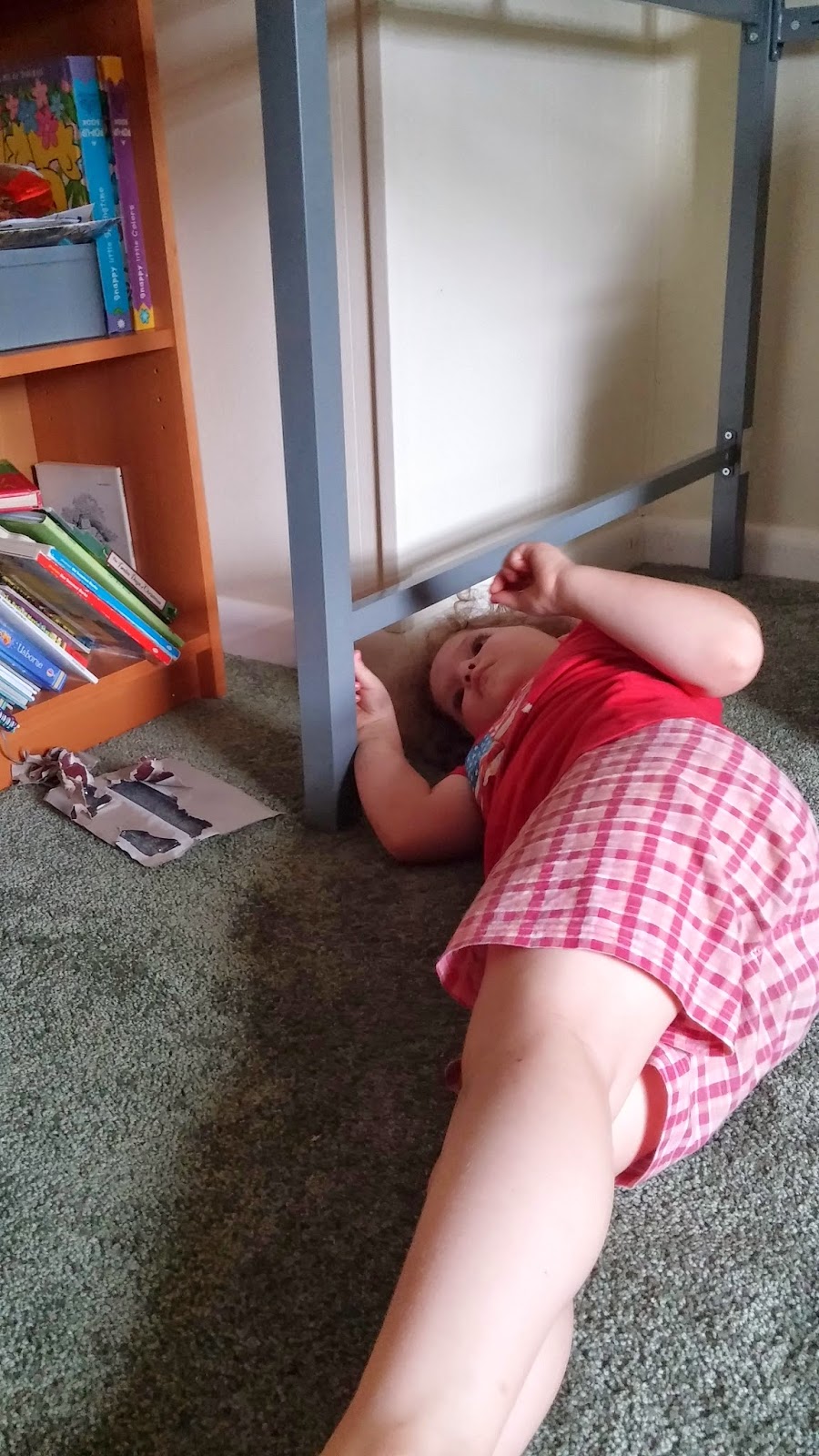 Once they left, we focused on school abit more! The big girls finished up their self paced history course on the Greeks and Romans, and by the end of the week we dove into the Middle Ages :)

Little Bit got to play with friends one afternoon and since her friend had just gotten a new loft bed that day, we helped put it together. She thought it was great fun to tighten the bolts with the allen wrench. (on an unrelated note look how long her legs are getting! Where'd my baby go?) Needless to say, since the loft bed included a slide, once it was assembled, she was more than happy to help them test it out too :)

Near the end of this week Little Bit told me she wants to learn to read. I'm not sure if she really does, though I've been joking for awhile now that if it's possible to learn to read through spelling, she'll do it. She loves to write things down and is always asking us how to spell words, or she'll spell words instead of saying them when she's talking (she calls Mama "M-a-m-a" for example. But this was the first interest she's shown in reading . . . naturally, since I wanted it, I could find all the McGuffey readers EXCEPT the Primer (and book 1), sigh . . . I finally found it this weekend, so may see if she's still interested . . . I have no interest in pushing her, but if she really wants to, I don't want to hold her back either. 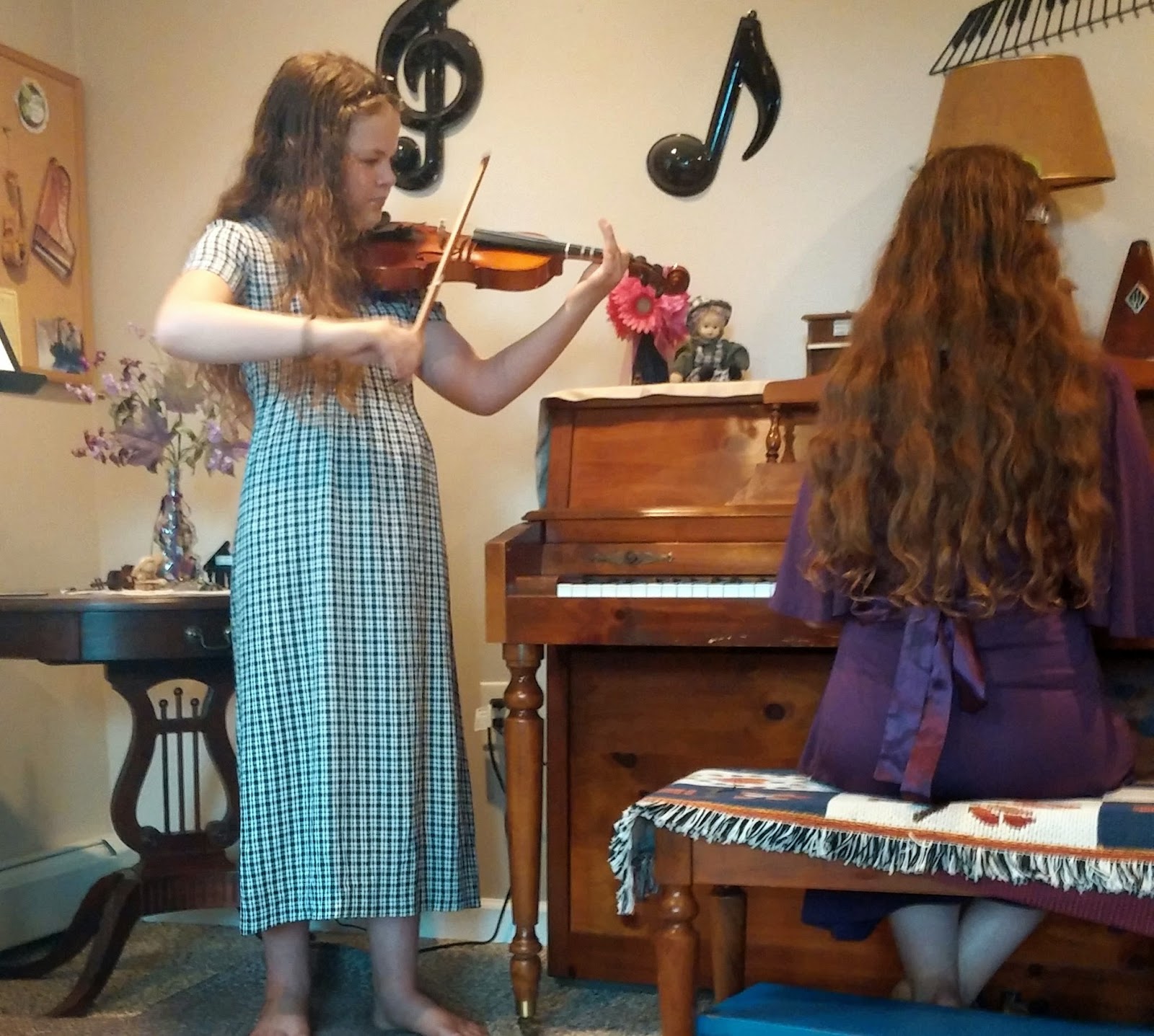 I couldn't resist snapping this picture during Lexie's violin lesson this week. Their teacher has started having Ashlyn accompany her occasionally, which is a learning experience for both of them, but what really struck me is how LONG Ashlyn's hair has gotten. she often wears it up, so I don't notice how long it is. I love this picture! They're getting so grown up, sigh!

After music lesson, we stopped at a nearby playground. During the summer, Little Bit had wanted to play there a couple times but there were quite a few kids there. Now with school back in session it was empty, so since the weather was nice, we stopped and had lunch there and the kids played abit. Even my "grown up" girls aren't too big to enjoy the swings :) 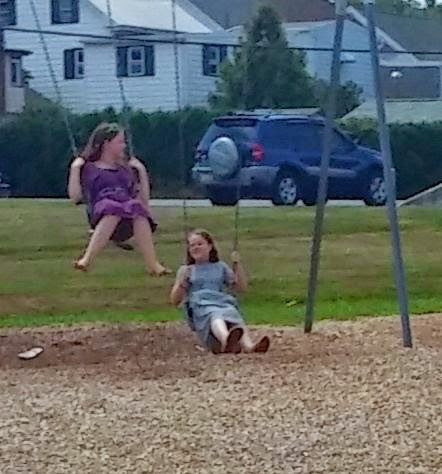 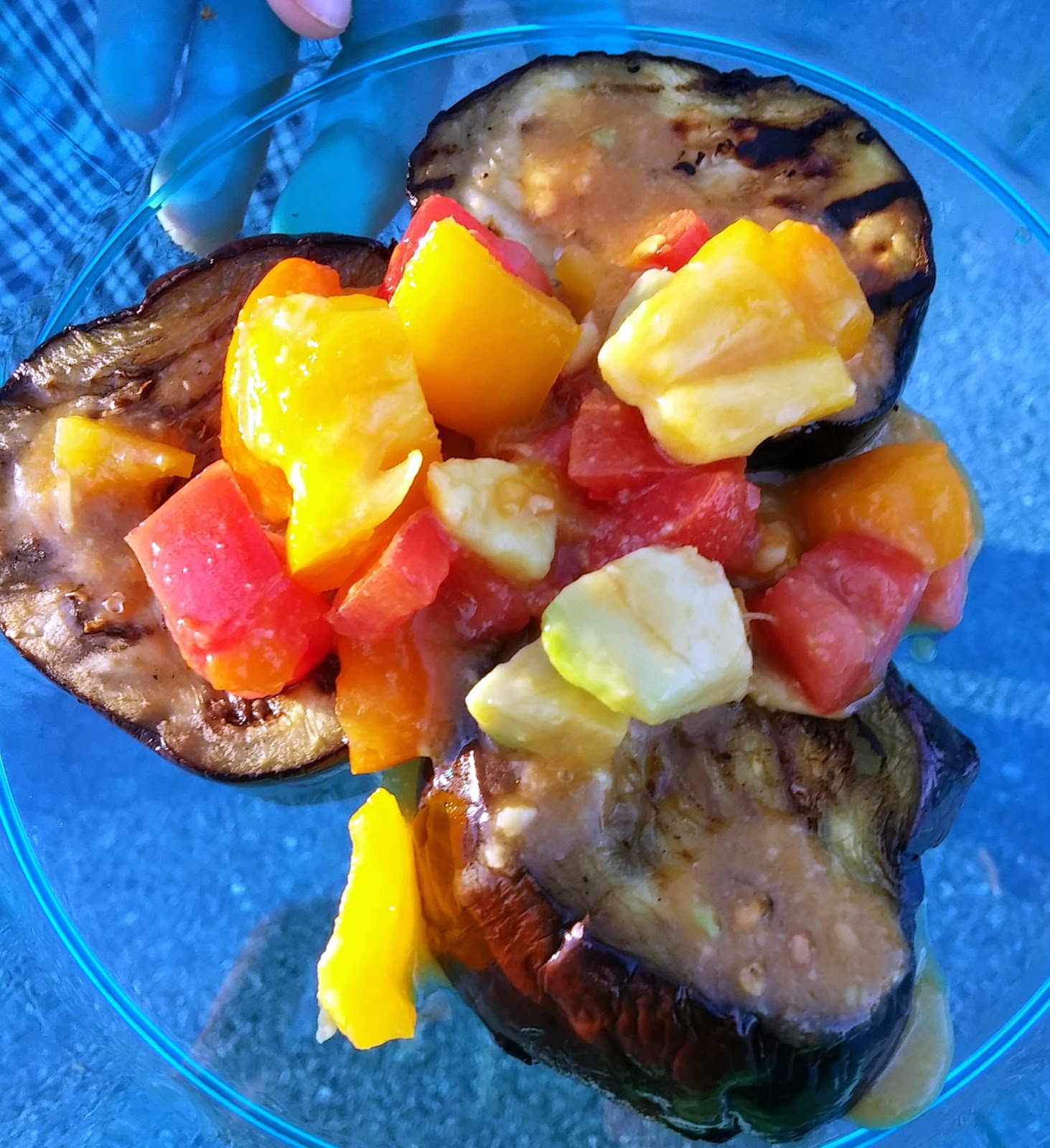 As has become our tradition, on Friday night we grilled out for supper. Lexie decided on grilled eggplant with fresh made tomato salad. She insisted on "plating" our meals for us (why yes, we do watch the Food Network, why do you ask?) and wanted me to take a picture LOL.

And that pretty much sums up our week. Sabbath was Rodney's birthday, but it was a rainy icky day so we pretty much just went to church and relaxed at home. Next time my parents are available to watch the kids, he and I will go out to eat for his birthday :)
Posted by Unknown at 9:23 AM