Wrapping Up the Week of January 18-24 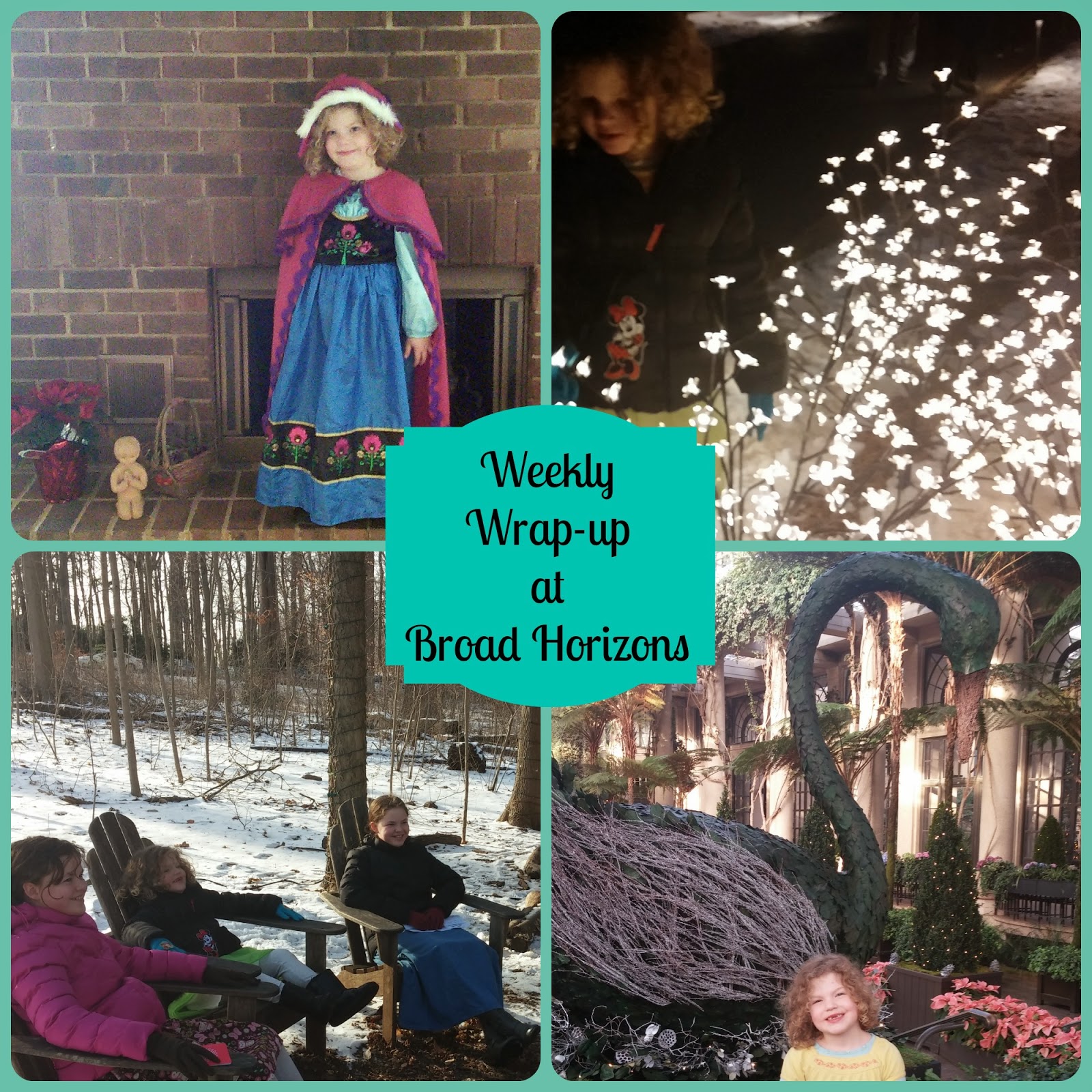 It's a good thing we made our trip to Mama and Papa's when we did, because apparently WINTER is here!

We came home from my parents' house on Sunday, in rain that kept threatening to change to freezing rain. Thankfully, we got home without any icy spots.

Lexie's been having fun with the sourdough starter. She made bread, cinnamon rolls (that she baked with apples on Sabbath morning, YUMMY!!!) , tortillas . . .

Our read aloud times this week were full of paper snowflake making, in preparation for the church social Saturday night. The girls had a blast, and made some BEAUTIFUL snowflakes. The floor of the school room now looks like it snowed in there, but such is life . . .

Otherwise it was a pretty quiet week. I like quiet weeks. . . we did school, we even got some cleaning done . . . it was good.

Friday, Little Bit realized that her hair is now short, and therefore can't be braided like Anna's (for the Frozen-themed church social Saturday night). When we had been shopping for the fabric to make the cape, we'd seen a brown fleece winter hat with the sides braided kind of like hair. Lexie and I had pointed out to Little Bit that the hat would look like Anna's hair, but at the time Little Bit didn't like it. NOW, the day before the party, she decided she HAD to have that hat. So, after making sure she knew that there were NO guarantees they'd still have the hats, I went and got her the hat LOL. Friday night it started snowing . . . Sabbath morning we woke up to a winter wonderland!  Needless to say, church was cancelled. The snow was soft and pack-able and it wasn't too terribly cold outside. So, the girls headed out to build a fort and pull Little Bit around on the sled and generally revel in the winter wonderland!

By afternoon the roads were clear and we headed to the church social. The girls had made the snowflakes to hang from the ceiling, so we went early to help set up. 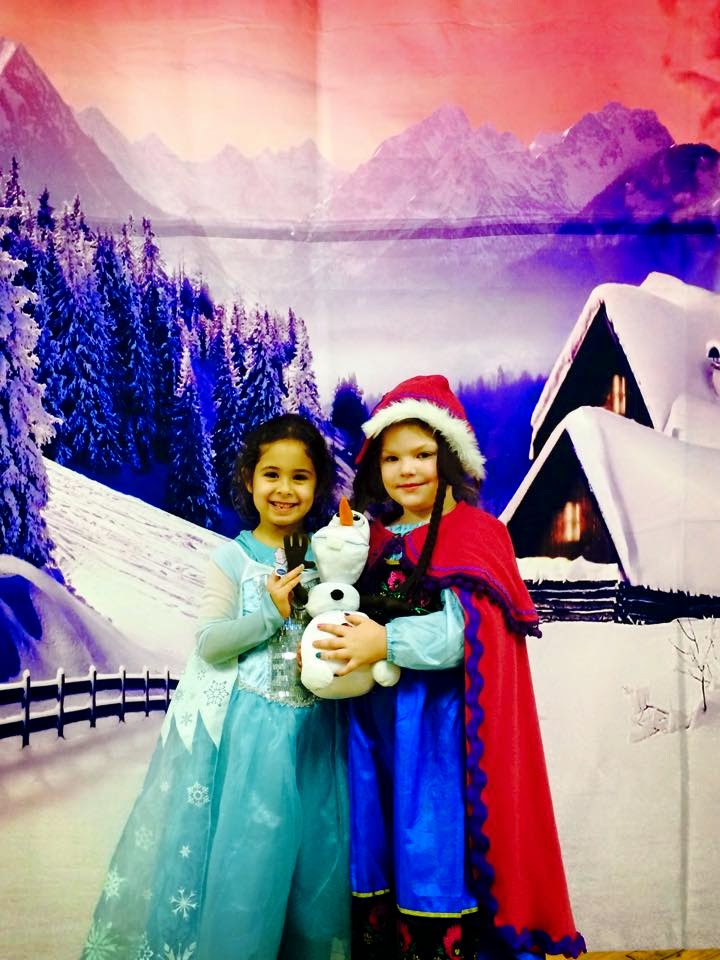 Obviously Little Bit went dressed head-to-toe Anna and joined Elsa, already there. They were SOOOOO cute running around together, I think everyone there asked them to pose in front of the winter background for pictures. They insisted that Lexie and Ashlyn call them Elsa and Anna . . . it was adorable, and they had a blast.

Of course by the time it was actually time for the social to start, both of them had decided they were too hot (honestly, Little Bit kept hers on a LOT longer than I expected her to) and both of them changed out of their costumes and into Frozen t-shirts and pants. Still cute, and by then another friend had gotten there. While they were waiting for the social to start they settled themselves on a cart, out of the way, with their goldfish crackers and chattered away. It was adorable!

And to add to the adorable factor, today when Lexie and Ashlyn asked Little Bit what they were talking about her response was "I don't remember, that was YESTERDAY!"

By the time we helped clean up and came home, it was bedtime and another week was history.