Wrapping Up the Week of January 4-10 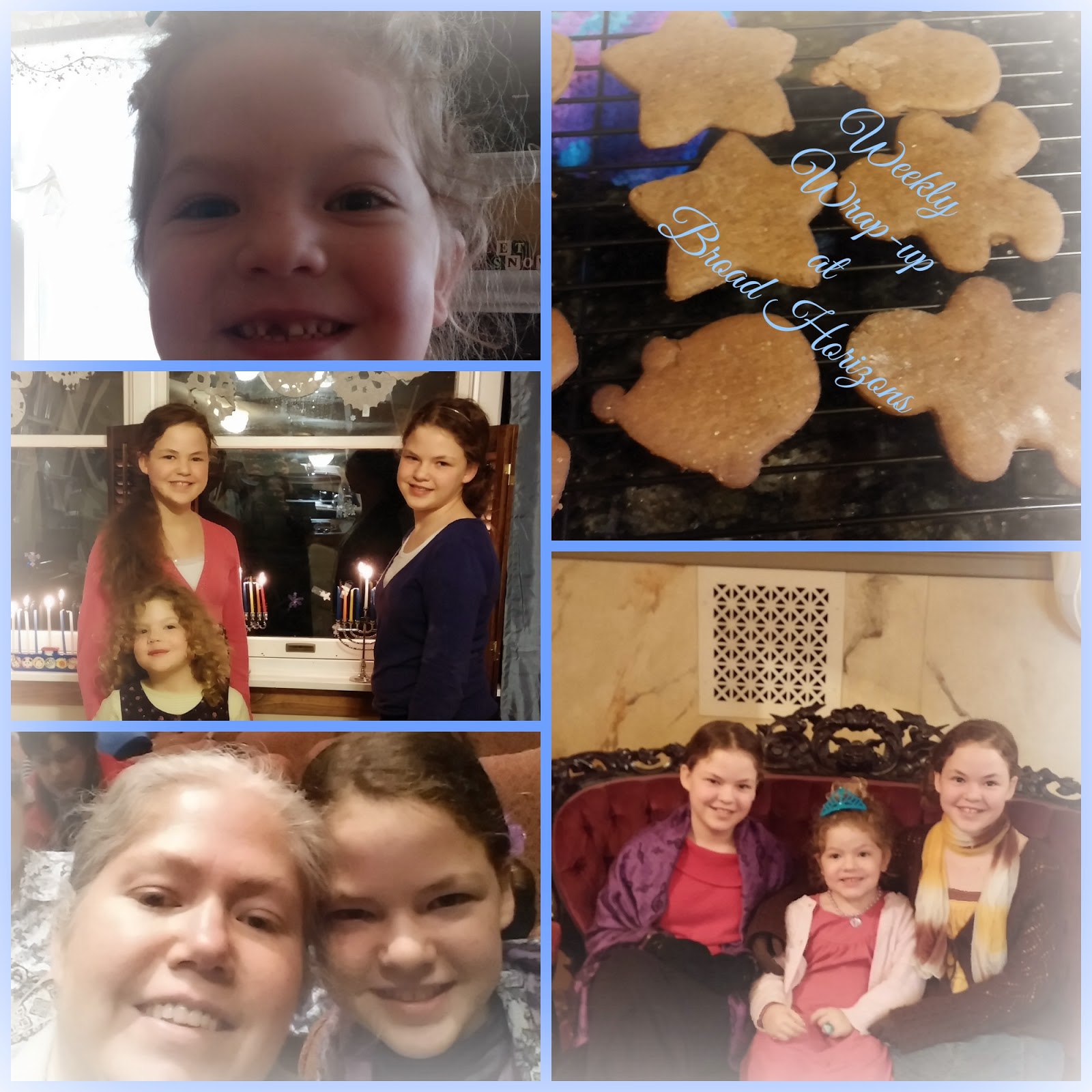 I finally got around to growing a sourdough starter. Once it was ready to use, Lexie happily dug into my sourdough book . . . she made bread on Wednesday, challah bread (sort of, we cheated . . . just used our regular bread recipe and braided it. certainly nothing like store-bought challah bread (a while flour, sweet egg dough vs a simple whole wheat sourdough), but it's an easy recipe and gave us a chance to tweak that regular recipe to improve it from Wednesday's bread), and also on Friday, she made cinnamon rolls for Sabbath's breakfast. Again, some tweaking is needed, but they turned out great for a first attempt, and she's excited to keep playing with the recipe.

Ashlyn and Daddy are getting more serious about garden plans. . . still in the planning phase, but Ashlyn's been happily researching and reading and trying to pin Daddy down on what, exactly they're going to plant.

We finished our week on a cold, but satisfying note. The second Sabbath of the month is "Jean Sabbath" at our church. People come in jeans and church logo t-shirts and after (and before) church do various community service projects (breakfast at a soup kitchen, play games with kids at a children's home, etc). We usually join a group that goes downtown and passes out soup, sack lunches, etc to those in need. A couple months ago someone had donated some jackets and thermal shirts and people were soo appreciative. The girls and I decided to knit some scarves to pass out another time. We got several done, but they wouldn't have gone far if a friend hadn't heard what we were doing and asked if we'd also take donations of gently used items. She gave us bags and bags of scarves, gloves, hats, etc. that she'd accumulated over the years. So we sorted everything into boxes and took it downtown. Someone else had made a huge pot of vegetable soup and buttered bread to go with it. Other people had made sack lunches. It was COLD, I think the high was around 20 degrees. We could have given away soo many more pairs of gloves than we had, and everything went fast. I wasn't sure we'd give away all the scarves (besides the ones the girls and I had made, we had a BUNCH of donated ones) but they all went, and people asked for more. Lexie and Ashlyn spent most of their time passing out soup and bread, or a sack lunch to people. Little Bit was helping with the bread until she got too cold! I finally had her and Daddy go hang out in the warm car.  It was soo sad to see so many people in need, and soo appreciative of the little bit we were doing.
Posted by Unknown at 9:05 PM