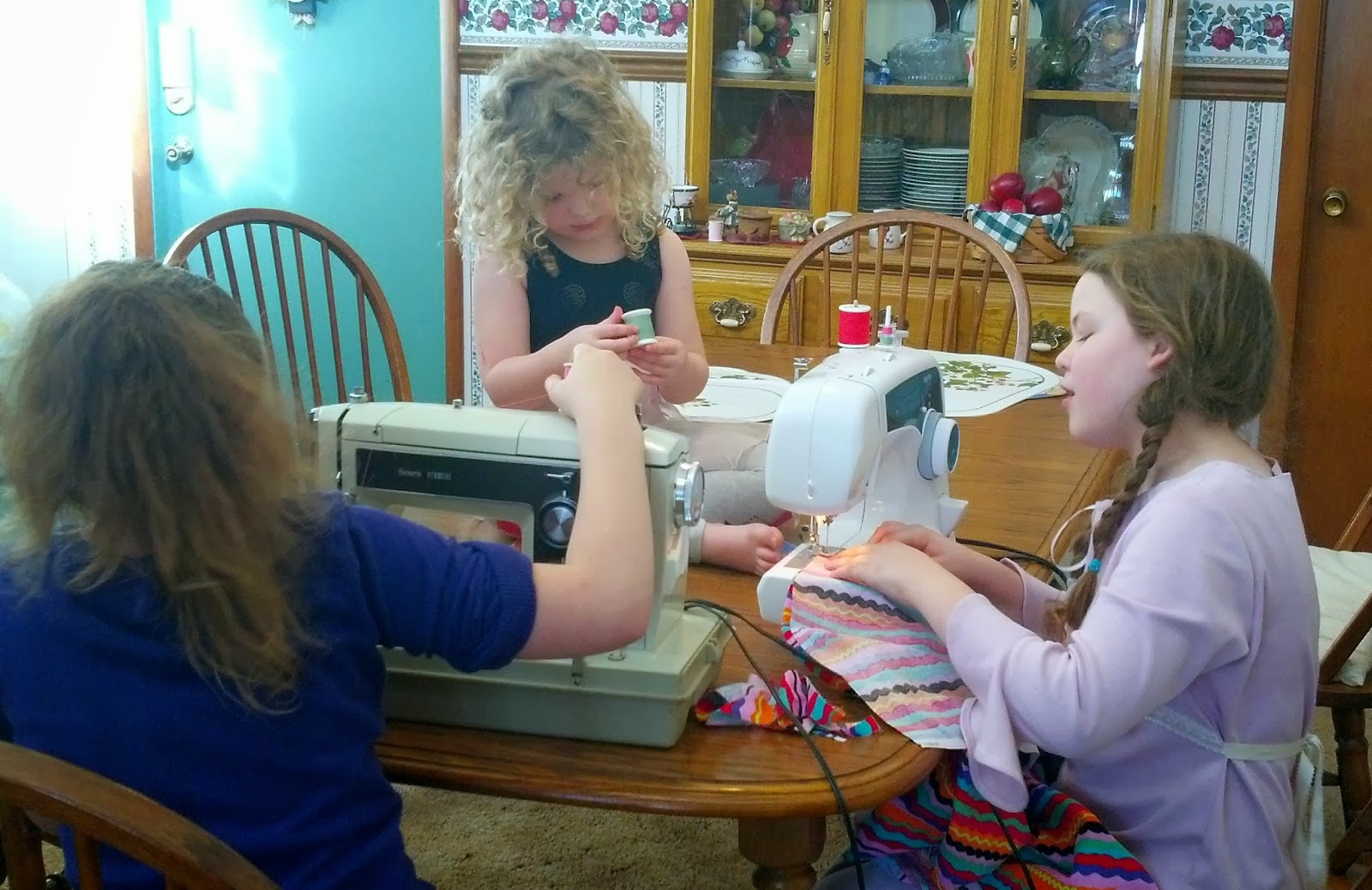 February? REALLY?! Where did January go? And will the snow never end?!?!?! (we got about 10 inches yesterday, ugh!)

Well, at least we enjoyed our final week of January!  We started out the week at Mama and Papa's. The girls, and Mama spent any extra time sewing. Little Bit did her best to stay in the middle of things, though she and Papa spent quite abit of time playing too :) Before we came home on Wednesday, they had completed one of Lexie's dresses, and had a good bit done on a second dress for Lexie, and a blouse for Ashlyn. 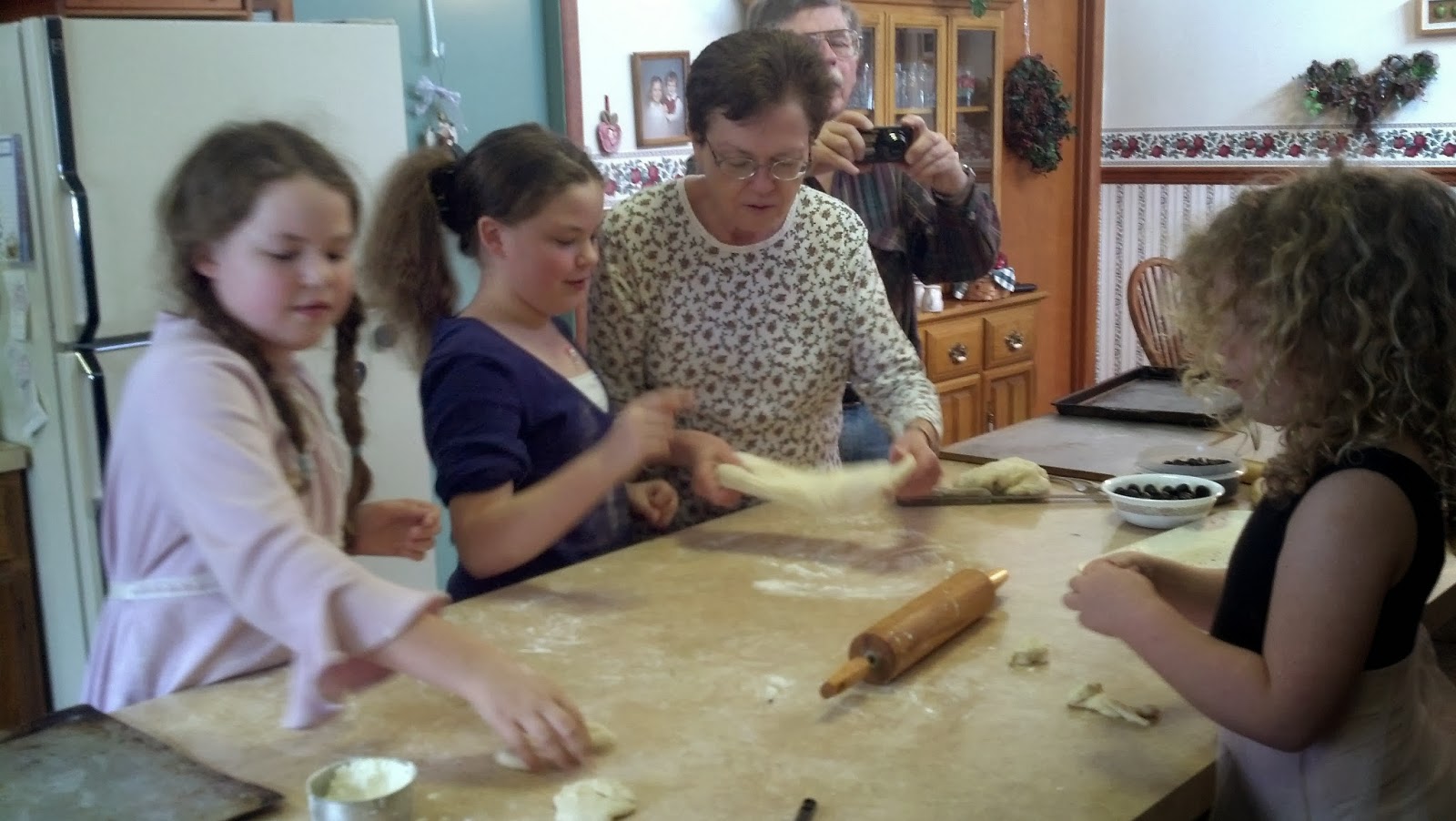 On Monday, they took a break from sewing to make pizza. Everyone got involved in that too :) And, of course, we all enjoyed eating it.

On Tuesday we headed to Berkeley Springs for a day of fun with our friends who live there. The HIGH temperature that day was something like 12 degrees (have I mentioned how DONE I am with winter, this year?), so it was a mostly indoors day, but all of the kids still had fun.

Lexie, Ashlyn, M & N decided to have an art contest where each drew a picture and then came and asked us moms to choose the best, without knowing who drew which. We chose to mention SOMETHING we liked about each picture instead of choosing the best, but more amusing, was the fact that within about 2 seconds of seeing the pictures, each of us moms could pick out our kids' pictures and which kid drew which picture LOL.  Which led to a new kind of "art contest". The 4 of them chose a "theme" and they all drew a picture based on that theme (we'd picked out who drew which of the first round based primarily on WHAT the pictures were of), that was a LOT harder since of the 3, only Ashlyn, typically draws flowers, their chosen theme. They were pretty excited to "trick us" on 3 of the 4 pictures :)  (had either of us seen JUST our kids' pictures, we could have done it, but throwing someone else's pictures into the mix made it challenging. The kids all thought that was pretty cool. 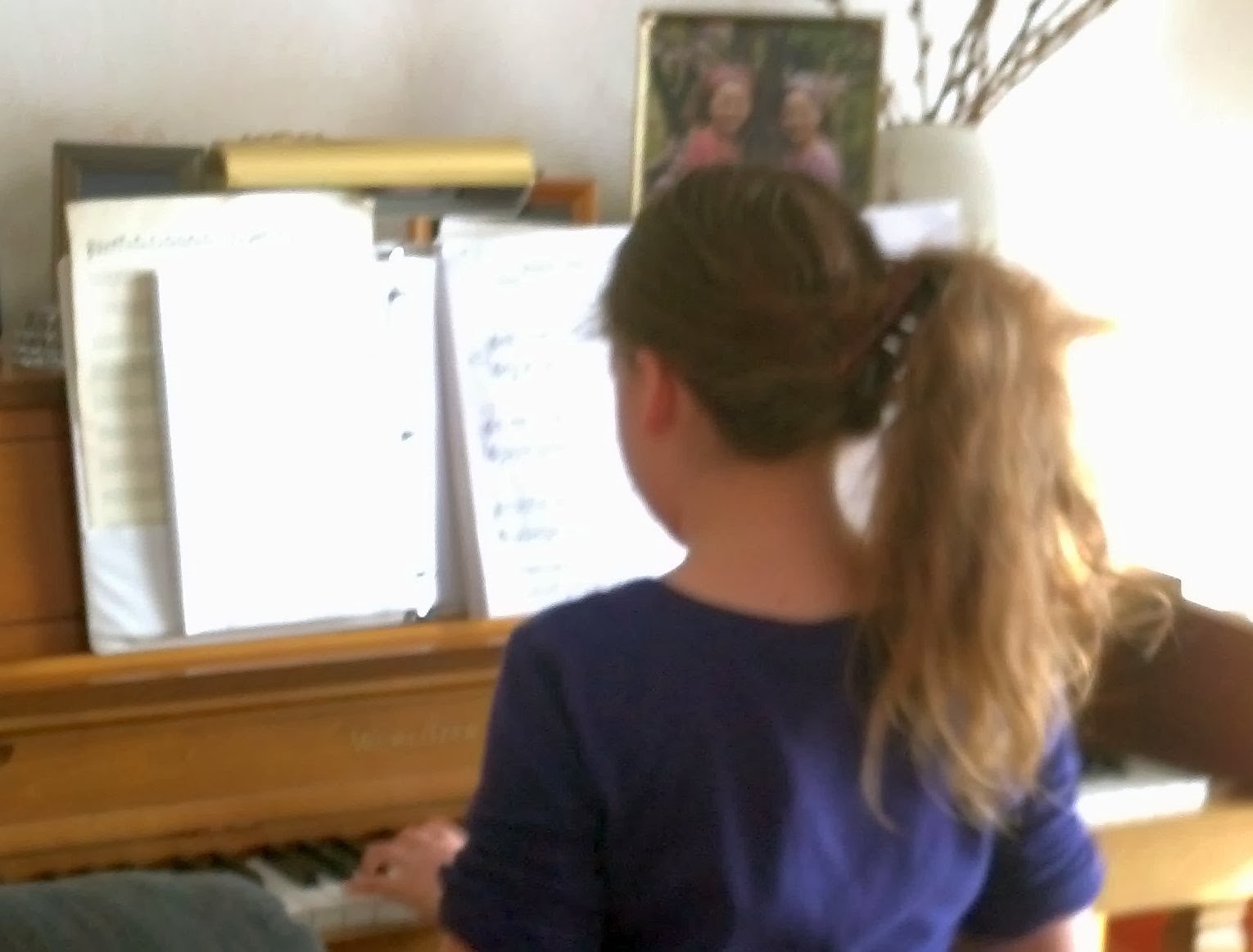 Ashlyn's getting ready for her end-of-book-1 recital, so any "extra time" was spent practicing.

Wednesday we headed home, and Thursday was spent with music lessons, errands, and re-doing the Sabbath School room at church for the new month (Noah's Ark).

To round out a week of fun, the girls went to visit Grandmom on Friday while I got some much needed alone time, and ran errands and did chores that are easier to do without quite so much "help".

Sabbath, Little Bit was the only one in Sabbath School (until the last 5 minutes or so), but she had fun helping to "build" the ark.  We even took a few minutes after Sabbath School, to set the room up for next week, so we don't have to find time to get over there during the week, considering how much snow we've gotten, and are potentially still getting this week, I'm thinking that's a really good thing.
Posted by Unknown at 8:20 AM