M is for Monkey Bread 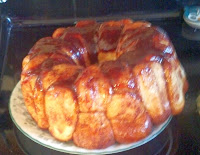 For the last several years, we've had the tradition of having Monkey Bread for Breakfast on Christmas morning.

Not only is it yummy, and unhealthy enough to fall firmly in the "treat" category, but it is also something the girls have fun helping me make on Christmas Eve, which equates to less work on Christmas morning!

I have no idea where I got the recipe, but here it is: 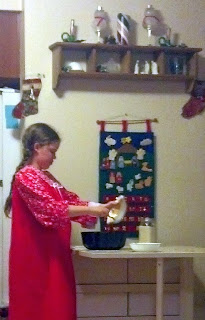 At least 8 hours in advance, or the night before, combine first 2 ingredients to make cinnamon sugar. Wet dough balls slightly and roll in cinnamon sugar. Place in greased bundt pan. Melt butter and add to the additional cinnamon sugar (I also dump any leftover from the first batch in with it). Pour over the dough. cover with a towel and let raise 8 hours or overnight. 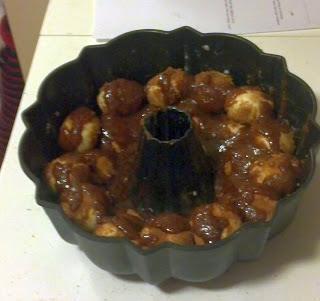 I have never tried anything like this before. It looks so good! Thanks for linking up with Try a New Recipe Tuesday. I hope you can join us again this week. http://our4kiddos.blogspot.com/2014/01/try-new-recipe-tuesday-january-7.html