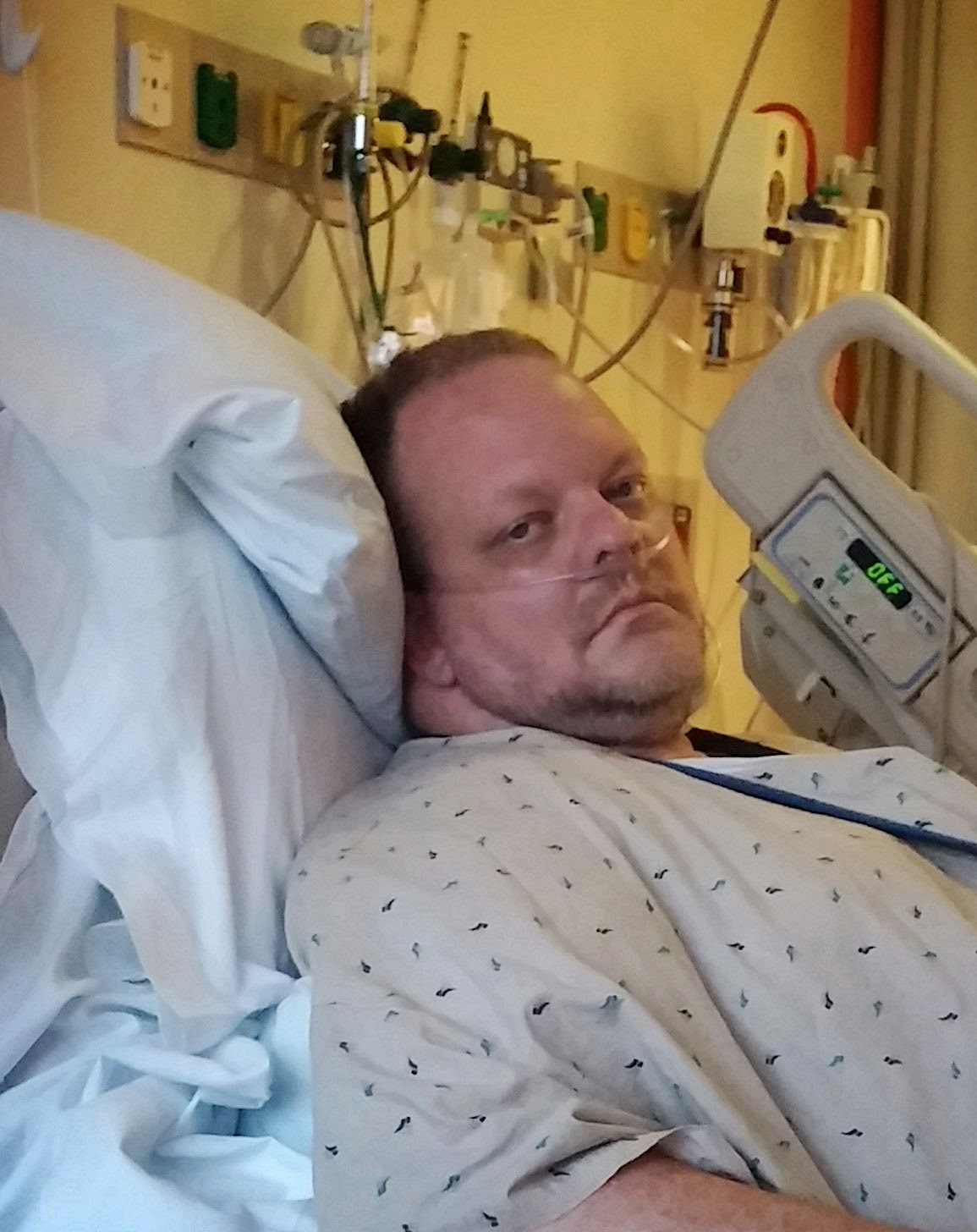 Things are definitely moving in the right directions!

On Monday afternoon they pulled hubby's feeding tube. I had left SIL with him while I went to see our girls, but she said he was talking non-stop, he was so glad to be able to talk again.

The next morning they pulled the feeding tube and catheter (that was a mixed blessing since they're still giving him diuretics to try to get rid of all the extra water, LOL) and changed the heart monitor thingys to be monitored by a little pack around his neck. By that evening (or the next morning?) they'd pulled the line in his neck . . . so now, other than occasional IV medications and some oxygen through his nose, he's "wire free".

Tuesday afternoon they moved him out of ICU onto the cardiovascular progressive care unit. Being back on a specifically heart-related unit is VERY GOOD (we ended up, at some point, being moved from the Cardiac Surgery ICU to a general ICU because they didn't have enough beds in the Cardiac one) the nurses here know what he should and shouldn't do to protect the broken sternum. And they know how to help him get up and down.

He still gets short of breath, and panicky. His throat and jaw are really sore from the breathing tube, but he's talking, and making friends with all the nurses, and is WORLDS better than he was on Saturday!

Today his big accomplishment was going for 2 walks, each one was around half of the 30-some bed unit. He used the IV pole as a "walker" of sorts, and the first time, I followed behind with a wheel chair in case he needed to sit down, but he did fine.

So, still a ways to go, but SOOO much improvement. He's talking and joking and can stand up and walk to the bathroom and is antsy as all get out to get OUT of here!
Posted by Unknown at 8:55 PM