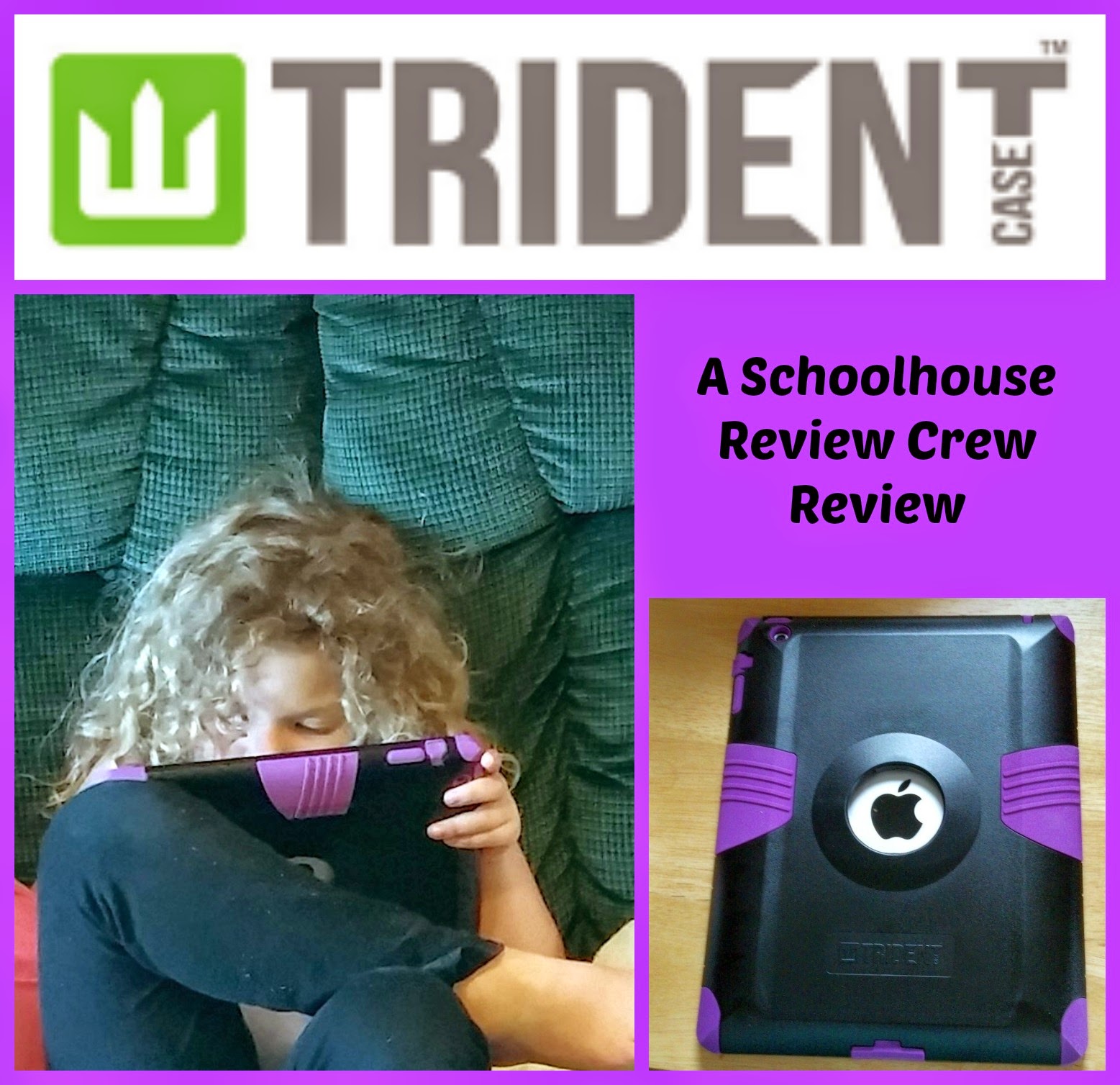 When we bought our iPad, it was a birthday gift for ME! But pretty much from day one, Little Bit has claimed it. Don't get me wrong, I use it tons and "couldn't live without it" but she uses it tons TOO and definitely feels some ownership. Because it was "mine" I went with a thin, inexpensive, but not super protective, case for it. And thankfully it survived the last couple years in that case. BUT I'll admit, I've thought, several times, about the need for something more protective when one of the main users happens to be a rather spirited preschooler.  So, when Trident Case offered to let us review their KRAKEN A.M.S. Case for Apple IPad 2/3/4, I was thrilled!!! And happily chose purple :)

One I had my new case on my iPad, it took a few more minutes of just kind of wiggling things around to make sure that all the buttons lined up properly, but since then, it's been no problem!

So, what exactly IS the KRAKEN A.M.S.? Well, the product page explains it all way better than I could, but a few highlights . . . hardened polycarbonate shell . . . built-in screen protector (that one kind of worried me when I first got the case, it seemed so thick, for the touch screen to work through it, but it works fine!), controls and ports are also protected, protection from dust, rain, and wind . . .

One reason I'd avoided getting this type of a case was I was concerned about how bulky it might be. I was pleasantly surprised at how little bulk it adds!

I've noticed, the "rubbery" (probably silicone LOL), corners seem to attract Little Bit's fidgety fingers, and she picks at them, sometimes she manages to get them a little bit loose and I have to push them back together. Since I personally, would be choosing this type of a case to protect a device from kids, and the company says these cases are intended for all ages, the "pickable" thing seems like a downside, but it's more an annoyance than a serious problem. And if it's being used by an adult, or older child, they can probably remember not to pick at those nice squish corners.

This case doesn't have a cover that closes over the touch screen, so when tossing it into my purse or backpack, it sometimes gets bumped on and random things get opened accidentally, I think it depends how a person uses their device whether or not this would be an issue. 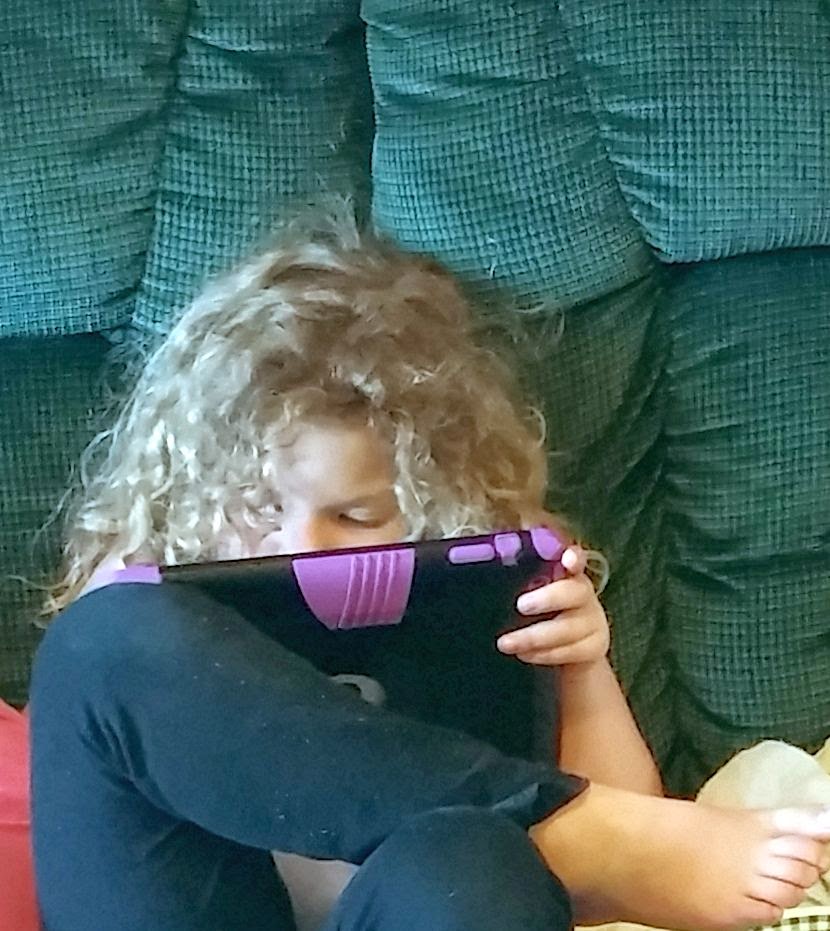 So, how did I use this case? Well, I pretty much turned Little Bit lose with it to see how it would hold up :) Lexie and Ashlyn thought we should REALLY test it, by trying all the things that the website says it protects against (like 7.9 in of rain per hour with 40 mph winds), but I vetoed that idea LOL (would love to hear about OTHERS testing this, but not going to go there with MY iPad thankyouverymuch!).  Overall, other than the above mentioned picking at the corners, it did well. Crumbs and general kid stickyness wipes easily off the screen protector. The cover over the charging port tends to fall open. I'm not sure if that's from Little Bit's "picking" or just because it gets opened and closed daily AND is at the bottom of the case so gravity wants it open. . . to me, that's not a big deal unless you really ARE planning to subject your device to heavy water/wind/sand exposure THEN you want to make sure that little piece of silicone is securely fastened, I'm sure :)

As things turned out, during the review period, my husband surprised me with a 7" android tablet so that I'd have one to use while he's in the hospital, since he knew I was planning to let Little Bit have the iPad with her at the grandparents' house. So now the iPad is really, truly, unless I need to borrow it, Little Bit's tablet and I'm thrilled to have the peace of mind of a more sturdy case on it!

The case is $69.95 and comes in several color choices. The company also offers similar cases for various other tablets and smart phones, several of which were reviewed by other crew members, click on the banner, below.

All prices and information are accurate at time of posting.

You seem to of had the same issues that we had. "picky kids" lol.

Yup. She did it with loose threads on my cheap case too, but for this kind of money, I'd be frustrated with it, if I'd bought it :)